Dennis Prager is a member of two separate persecuted minorities -- he's a White Male, and a nationally syndicated radio talk show host -- so he's uniquely qualified to advise Native Americans on this whole "Redskins" controversy, and his recommendation ("Toughen up, Tonto") is typically pithy. 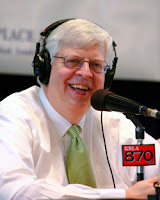 The Left Vs. the Redskins

[W]hat's so bad about the name Redskins?

I presume Dennis is also baffled by hypersensitive sob sisters who object to using the word "Jew" as a verb.

Slate Argument One: "Here's a quick thought experiment: Would any team, naming itself today, choose "Redskins" or adopt the team's Indian-head logo? Of course it wouldn't."

Response: There are many teams with names that wouldn't be adopted today. Who would name a team the "Red Sox," "White Sox," "Packers," "Dodgers," "Forty-Niners," "Steelers," or, for that matter, "Yankees?"

While "Trolley Dodger" wasn't complimentary, neither was it racially derogatory, but "Yankee" is, and always will be, a filthy epithet -- at least in the mouth of a Rand Paul aide.

Slate Argument Three: "Changing how you talk changes how you think. ... Replacing 'same-sex marriage' with 'marriage equality' helped make gay marriage a universal cause rather than a special pleading."

Response: It's nice to have at least one left-wing source acknowledge how the left changes language to promote its causes.

"Left-wing source"?  I thought this was from Slate.


When more and more people began to suspect that global warming was not about to bring an apocalypse, and that, at the very least, it is in a pause mode, the left changed the term to "climate change."


Both Terms Have Long Been UsedThe argument "they changed the name" suggests that the term 'global warming' was previously the norm, and the widespread use of the term 'climate change' is now. However, this is simply untrue. For example, a seminal climate science work is Gilbert Plass' 1956 study'The Carbon Dioxide Theory of Climatic Change' ... Barrett and Gast published a letter in Science in 1971 entitled simply 'Climate Change'. The journal 'Climatic Change' was created in 1977 (and is still published today). The IPCC was formed in 1988, and of course the 'CC' is 'climate change', not 'global warming'.

Anyway, Dennis, you were lying saying...?


The "marriage equality" substitution for "same-sex marriage" is just one more example of dishonest manipulation of English.

Yes, it lacks the brutal honesty of rough-hewn, plainspoken, unmincing English such as "enhanced interrogation."


Orwellian manipulation of language by the left would be reason enough to oppose dropping "Redskins," a nearly 80-year-old tradition venerated by millions.

You could say the same thing about Jim Crow, Dennis, and that lasted eighty-nine years.


Response: "Whether people 'should' be offended by it or not doesn't matter; the fact that some people (SET ITAL) are (END ITAL) offended by it does."

This is classic modern liberalism. It is why I have dubbed our age "The Age of Feelings."

Unlike "marriage equality," that one hasn't really caught on.

Often a progressive will commit three errors, or sometimes only one in an article and the editor will hand it back, muttering, "It's good...but it's not a classic."


We should use the "reasonable person" test to determine what is offensive, not the "some people are offended" criterion.

Specifically, the "reasonable white person" test.  It's actually a fairly simple test -- the tricky part is finding the raw material (hint: it's usually not found between 530 and 1700 on your AM radio dial).

On a recent broadcast of my radio show, I played excerpts of winning songs from the recent Eurovision Contest.

You are hard up for material.


One of them was from Hungary, and after I announced the Hungarian title, I jokingly translated it as "Let's invade Romania."

A man called up, and in unaccented English said he was of Hungarian stock and that I should apologize for offending him and Hungarians generally. I told him that his taking offense at a harmless joke was his problem, not what I said.

Yeah, Mitteleuropeans are all weirdly sensitive about warfare, especially since that whole "Bosnian genocide" thing.  Just pour some more sör in your mustache-cup, György, and get over it.

It's true.  In fact, that was my favorite course at Hogwarts.  I didn't get particularly good marks in the Cruciatus curse, or Avada Kedavra, but my dudgeon was quite high.

Outside of sex and drugs, the left is pretty much joyless and it kills joy constantly. The war on the "Redskins" name is just the latest example.

When you're a liberal, life is one big game of Mass Effect, only instead of killing geth or Reapers, you're blowing away glee and stubbornly racist sports nicknames.

Second, it is the left that specializes in offending: labeling the Tea Party racist

We didn't want to label them, but the FDA insisted. 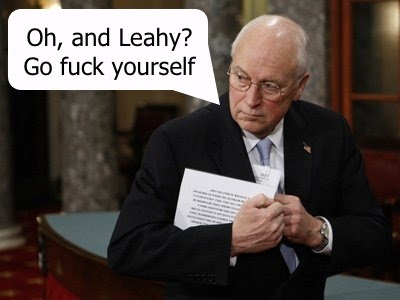 Hey, what a weird coincidence -- that was my job when I worked as a volunteer for Clinton in '92.  Got pretty good at it, too, and eventually they sent me to New Hampshire to pee the candidate's name into snowbanks.


...and regularly calling Republicans evil (Paul Krugman, in his New York Times column last month, wrote that the Republican mindset "takes positive glee in inflicting further suffering on the already miserable." For such people to find the name "Redskins" offensive is a hoot.

Yes, but Dennis, racial characteristics are inborn; evil is a choice.  We thought you'd be flattered that we've adopted your reasoning on gay rights.


The New Republic announced on Thursday that it would follow Slate's lead. And Mother Jones said on Friday it, too, will avoid using this R-word. They join The Washington City Paper, Washington online site DCist.com, the Kansas City Star and football writers at the Buffalo News and the Philadelphia Daily News. If the Redskins have any pride, they should not allow reporters from any of these publications into the Redskins locker room or give them free seats to any Redskins games.


The logo of the National Hockey League team, the Ottawa Senators, features a helmeted male senator of the Roman Empire. In the name of not offending the transgendered and of gender equality, the left will one day find that offensive, too; and demand that the logo feature a helmeted female as well.

I suspect a lot of transgender people look forward to the day when a Canadian hockey mascot is their biggest problem.  In the meantime, I've got to deal with a world in which my sexuality is represented by Dennis Prager.


That is one of many reasons to fight the left on changing Redskins name. The left never stops.

And rust never sleeps.  And cheaters never prosper (as I'm sure one of your ex-wives told you at the property settlement).  And diamonds are forever.  I know, I know, I'm not telling you anything new, Dennis, but I can think of one phrase you evidently haven't heard...

Pick your battles, for fuck's sake.
Posted by Scott at 1:14 AM

Sure. Redskin is just a harmless description. And since he was never taught by the left to take offense Dennis wouldn't at all feel offended by, say, the Tampa Bay Hooknoses, or the Miami Snipcocks. Besides, even if he were, just because "some people" feel offended is no reason to cease using such descriptions, or we'd have to stop using all descriptions. Like "preening sophist" or "fucking asshole" for Dennis Prager.

Or better yet, use "Prager" as a synonym for "fucking asshole".

Elsewhere, the Atlanta Braves' Chief Noc-a-Homa made us cringe up until '86, but they've just rebooted the "crazy-ass hollering savage" patch for their batting practice caps this year. Way to stay with the times, guys!

But what I'm really scared of is the prospect of the Dominican Republic ever fielding a Major League Baseball team-- the San Pedro de Macoris Voodoo Devils would simply sweep the damn world series every year.

Actually, isn't 'same-sex marriage' offensively PC as well? A more objective term, surely, would be along the lines of 'fucking benders mentioning that they're benders and thus making the rest of us spend all day thinking about them doing each other which I COMPLETELY WOULDN'T otherwise.'

It makes me laugh ironically that wingnuts think "the Left" is humorless, when they aren't bitching about us "making fun of 'em" all the time.

Wonder why they need to believe that normal people just aren't having any fun? Guess it hurts too much to know they are pissing their lives away in hatred and nobody cares.

I mean, normals don't think wingnuts are always dour and angry. I'm sure they laugh all the time--at the way dogs sound when they are on fire; the look on their wife's face that time she tripped on his muddy hunting gear by the door and fell down the stairs; making people uncomfortable by calling a "spade" a spade....

Wait. There's something outside of sex and drugs?*


*Sure. Bicycles.
Although I can see how someone with a hemorrhoid encrusted anus like Prager might find that joyless.

To tell the truth, though, the Left does take cat naps, even the occasional siesta.