Talk the Talk, Walk the Walk (Slowly, With a Cane) 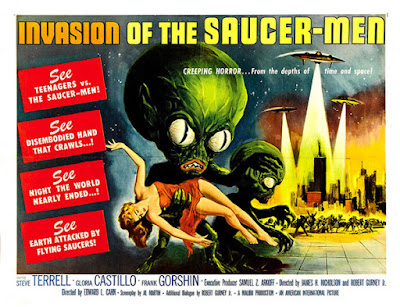 Sorry for the long hiatus around here. I've had some health problems, mostly impaired motion due to pain, which has led to impaired motivation due to whininess, but I won't bore you with the details because I've done that before, and I swore on my mother's grave that I'd find some fresh, new way to bore you. (Just kidding! My mother was cremated, so none of this is legally binding.)

On the bright side, some of the silence is thanks to actual paying work. But as is usually the case in my script doctor practice, the patients are both dead and late for an appointment, so there is much frantic working of and at long and odd hours.

Anyway, I've managed to miss three -- THREE! -- important birthdays, plus my own podcast (Hank wrote to say he figured I wasn't feeling well when he noticed there was a new episode of The Slumgullion up, but no mention of it on the blog -- a fact which suggests that pain is stronger than egotism. Granted, there is as yet no scientific evidence for this hypothesis, but I submit that it could be proved with a lengthy series of easily repeatable experiments involving somebody kicking Donald Trump in the shin).

Before we descend further into self-promotion, let's pause to blow a single mournful note on a party favor in honor of these Crappers who didn't receive their Sexy Birthday Lizards in a timely manner:

Geez, I suck.  However, let me make some small amends by passing around the celebratory hot dish: 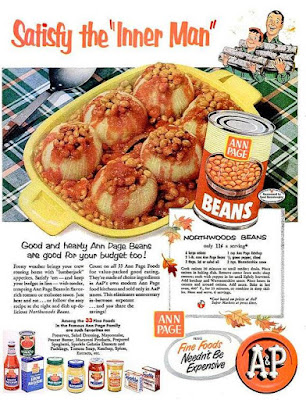 Satisfy? Oh, perhaps. But I shudder to think what will ultimately happen to the "Inner Man" after eating whole onions stuffed with beans.

Please join me in wishing D.Sidhe, M.Bouffant, and acrannymint a very happy, and very belated birthday. And since it's a group celebration, let's hire a rainbow gecko made from the union of many melted Crayons to jump out of the cake and serve as our... 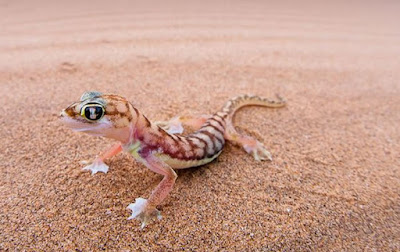 Before we get into this week's (actually, last week's -- geez, I suck!) podcast, I just want to thank Doc Logan for his kind comments about The Slumgullion, and Wo'C scribe Hank Parmer for his emails on the subject. The feedback is both helpful and enormously appreciated, guys.

Here's the link to the lost episode. Sure it's old, but you could say the same about me, so who am I to point a palsied, knobby-knuckled finger? Besides, a lot of stuff happens in this one. We talk about the new Mystery Science Theater 3000 and Christian propaganda movies like God Is Dead, and play the "Who Should Beat Up Kirk Cameron?" game. Jeff introduces a new theme song for the Unknown Movie Challenge, and then we split open the carcass of The Adventures of Buckaroo Banzai -- Across the 9th Dimension and crawl inside and make a fun fort out of it.

(I should probably add a disclaimer here: I recorded the episode with a migraine, so by the end of it I kind of sound like that faint, tinny voice emanating from the post-mortem radio set in The Dead Talk Back.)

In honor of this special occasion, take it away, The Count:

I hope you all had an enjoyable one, with the company and (if so desired) mood-altering substances of choice.

"Northwoods Beans" -- the dish that nightmares are made of. There ought to have been a rule about foodstuffs which remind you of the sort of thing mad scientists have growing in a carelessly secured tray, back in the laboratory. Namely, don't ... just don't.

I have to admit, that ad gave a twitch to my nostalgia nerve: I can just taste that toasted-to-a-golden brown Chedobit cheese on white bread with mustard, even though it's been many, many years since my town had an A & P. Sadly, I don't recall ever seeing any gypsies hanging around the store.

I feel your pain, Scott! Not sure I can keep up my own pace, frankly!

But still loving your reviews! :)

My best to you, Mary and the kitties!