Sher Zieve, better known as "Shermp, the Blondest Stooge of All" is back, and Wo'C has got her!

I'd prefer Larry Hagman, but as the Stones observed, you don't always get what you want.


Recently, I read Doug Hagmann's column "The planned re-election of Obama, revolutionary style" in which Doug cited a "deep-throat" DHS source. The following interview is a continuation of that column and it is bone-chilling.

If deep-throating chills your bone, perhaps you should just stick to the missionary position.

Douglas J. Hagmann is the founder and director of the Northeast Intelligence Network.

They were previously known as the Baker Street Irregulars, until they discovered Metamucil.


Hagmann is a 26-year veteran private investigator who has worked as an operational asset for the U.S. Department of Justice, the FBI, the New York and Pennsylvania State Police.

Some have even called him "the best snitch since Huggy Bear."


He is the author of Tactical Surveillance, a textbook used for training surveillance operatives.

And was also adapted into the hit film, Paul Blart, Mall Cop.


He is the CEO of a multi-state licensed private investigative agency and a senior columnist for Canada Free Press.

Canada, though rich in natural resources, has failed to practice conservation, overharvesting their once majestic stands of old growth assholes, until they are now forced to import wingnuts from the U.S.  Sad, really...


He's a frequent guest on nationally syndicated radio shows such as Coast to Coast AM with George Noory.

I can't speak to his command of forbidden knowledge, or ability to gaze beyond the Veil, but he does have an almost Joseph Farah-like grasp of the intricacies involved in applying Just For Men hair dye. 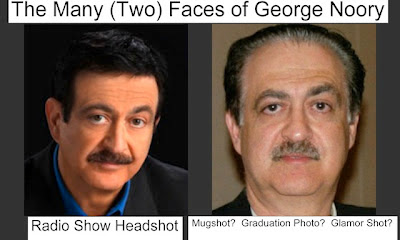 Joe Hagmann is the associate director of the Northeast Intelligence Network, a veteran researcher and investigator with an insatiable desire for truth.

Sometimes, however, the truth has a headache, and makes Joe sleep on the couch.


Sher: Doug, in your recent and extraordinary column "The Planned Re-Election of Obama, Revolutionary Style"


...you wrote about the coming plans of the Obama syndicate to install Martial Law in order to forcefully thwart and attack the American people, in order to maintain their jobs.

I find after-market Martial Law unreliable (often they're installed by unlicensed, fly-by-night syndicates) and when I'm shopping for a new or used nation, I go out of my way to buy one with a junta that comes factory standard.


Your source advises that various false flag attempts could be in the works by Obama's operatives, including perhaps an event to evoke sympathy for Obama that would also serve to foment racial chaos. Would you give us a little background on how your source believes the Obama syndicate might plan to bring this to fruition, perhaps resulting in suspending elections in November?

Oh, and I have a follow-up, although that one's kind of a leading question...


Doug: According to my source, it is the very existence of our country and way of life is at stake. Many people who are currently in positions of power, whether elected or appointed, have the same ideological goals of Barack Hussein Obama.

Hopefully, they have more goals than a soccer game, or things are gonna get boring.


Like Obama, they want to transform the country, and will use every tactic possible to do so. They believe that under Obama, they finally have the perfect opportunity to implement the socialism-to-communism agenda in America.

Wait -- so socialism is the baseline?  That's where we started on January 20, 2009?  You know, this is why we shouldn't let the person vetting Vice Presidential candidates choose himself -- otherwise we might have known ahead of time that Dick Cheney was an ardent member of the Fabian Society.

Anyway, socialism has turned out to be a huge disappointment.  I really thought there'd be stronger labor unions and more free love.


They hate, and I mean hate the democratic system of government and loathe capitalism. They are the "red diaper babies" of the 1960's who have gained power through the very process they seek to destroy.

And they will bring down our republic with the power of diaper rash.  That's why true patriots are stockpiling guns, ammunition, and 55-gallon drums of Gold Bond Medicated Powder.


Sher: It's hard to believe, Doug, but this is almost worse than I believed. 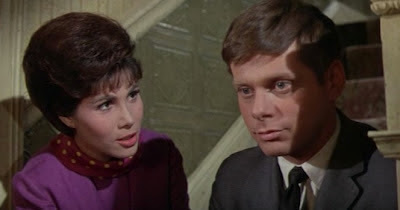 Obama:  Hi, this is President Obama.  I'd like to order some military drills.

Obama:  No, no, I just want you guys to practice...You know, shoot your guns.

Obama:  So you guys don't actually fire your artillery...

Lieutenant:  No, we mostly just surf and go to In-N-Out Burger...Say, you weren't planning a coup, or anything, were you?


Now, Infowars is reporting from Florida's Sun Sentinel that military exercises began again in Hollywood, Florida on 2 August and that unannounced military drills in the middle of that night frightened and awakened Worcester Massachusetts residents.

Their sleep and their sauce was ruined!


Doug: Alex Jones has done a great job in exposing the government's role in conditioning the populace to an ever increasing paramilitary presence on the streets of America. You've done a great job as well. I've spoken to my source about this at length

And he said I was doing a great job.  I don't know what it is, but this topic really just brings out the best in people!


The militarization of municipal law enforcement agencies within the U.S. has been expedited under the reign of Barack Hussein Obama, implemented by DHS Secretary Janet Napolitano, and facilitated through bipartisan support of members of the United States Senate and House of Representatives.

Or will be, just as soon as we can find some bipartisan members of the Senate and House of Representatives.  They live in clam shells, right?


It is important for every American to understand that we are witnessing the end game scenario of a takeover from within...The patriotic conservatives in tandem with the Progressives and communist elements within our own government have not only approved of it, they applauded it.

In fact, they clapped until the end game scenario finally agreed to come back out for an encore, throw its sweaty silk scarf into the audience, and sing "Daddy, Don't You Walk So Fast."


A listener to my nightly internet talk show, the Hagmann & Hagmann Report...


The Hagmann & Hagmann Report provides viewers and listeners information about current events and historical topics that transcend the political right-left paradigm and delve into the real issues behind the sugar-coated news. This unique, father-son detective duo...addresses many issues once considered mere fodder for “conspiracy theorists,” tracing their roots from the various events that created them through the fabric of history to the present day.

And their call sign is K-NEIN. It's the rare neo-Nazi trope that's a dog pun and a dog whistle, all rolled into one!


Sher: The breadth and scope of all of these ongoing military "drills": are unprecedented in the United States of America

Unless you've ever lived near any of the 500 or so military bases in the U.S.


and to many they smack of abject tyranny and Obama's plan to remain in power by whatever means necessary. In fact, in another totally unprecedented move, more and more Russian soldiers have been invited by Obama to US soil to engage in "joint military exercises" with US soldiers.

Relax, Shermp, that's just a euphemism for going out back to smoke a doob.


Sher: Four more years of Obama will be the end of the country and of many of us...Do you see any way to take our country back, other than a real active fighting and bloody second American Revolution?

Doug: There is something terribly wrong in America. People can feel it, they can sense it, and are now beginning to see "it."

Our traditional values are being subverted by flappers! 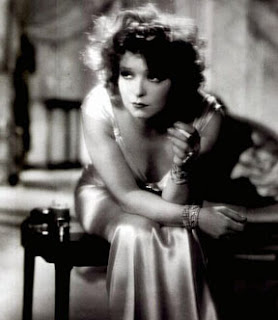 "I'm taking you down, bitches!"

Some say that "it" began decades ago, with the establishment of the Federal Reserve and the fiat monetary system.

But those were two events, so I actually think "it" was "them."


Others suggest that "it" began when we, as a nation, removed God from our schools and legalized the wholesale killing of unborn babies.

Still others suggest that it began when we, as a nation, allowed women to smoke and drive flivvers.
Posted by Scott at 12:03 AM

Sher writes: : Doug, in your recent and extraordinary column "The Planned Re-Election of Obama, Revolutionary Style" you wrote about the coming plans of the Obama syndicate to install Martial Law in order to forcefully thwart and attack the American people, in order to maintain their jobs.

Sir, I shall now give you a sound thwarting. In fact, I'll thwart you within an inch of your life. I'll thwart you up one side of the street and down the other. I'm brown as a nut and fit as a lass*, mind you, and you've got a thwarting coming.

Sher again: He's a frequent guest on nationally syndicated radio shows such as Coast to Coast AM with George Noory.

Anyone wondering where they've heard this before, yes, this is Art Bell's radio empire, originally broadcast in the middle of the night from Art's trailer in Pahrump, Nevada. The subject matter was everything silly or stupid that imsomniac humans could obsess upon, and made for some really creepy listening.

Still does, apparently, though Art has fled.

In fact, in another totally unprecedented move, more and more Russian soldiers have been invited by Obama to US soil to engage in "joint military exercises" with US soldiers.

Is that last pic an homage to Stacia?

Why yes it is. Good eye, Dave.

...the line between an asset and a liability is fine indeed

Conservative writer Kevin Michael Grace has described McLeod's writing as that of an "emotionally incontinent ninth grader," [5] while Toronto Star columnist Antonia Zerbisias describes her as "eccentric" and the Canada Free Press as a "whacko news site."

Sher: Four more years of Obama will be the end of the country and of many of us...Do you see any way to take our country back, other than a real active fighting and bloody second American Revolution?

Homage, perhaps, but an homage preceded by a harrowing glimpse into the dead fish eyes of Robert Morse.

Not that I don't appreciate a glimpse of the divine Clara Bow, and that's a promo from (I think) Call Me Savage I haven't seen before.

Aaaaanyway, as to Dougie's little claim about all this "breadth and scope" that gets him so hot 'n' bothered, my experience living near Ft. Riley is that they aren't bombing the shit out of shit nearly as much as usual. So I guess all that hot, steamy "breadth and scope" is happening with another set of active, sweaty men in uniform.