It's Mother's Day, a time of the year to show the lady who gave us life what she really means to us. I'll always love my mama (she's my favorite girl), but not everyone is lucky enough to be able to say that. And with that in mind, here's this years list of Worst TV and Movie Moms- 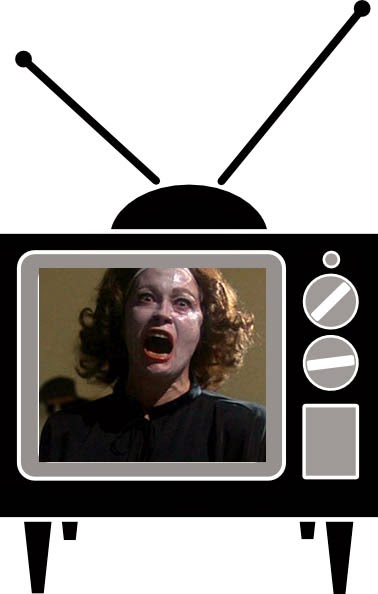 INGRID SVENSON (Inga Swenson) on Soap.  The biological mother of the Tate family's adopted middle child ("Corinne, Corinne, Corinne") was less interested in re-connecting with her daughter than she was in trying to ruin the lives of the family who raised her.
INGRID: You haven't seen the last of me. You think I'm finished?
JESSICA: No! Swedish!

PATRICIA EMERSON on Boston Public and BARBARA REYNOLDS on It's Always Sunny In Philadelphia, both played by Anna Archer.

Suppose your teenage daughter has a crush on one of her teachers, who not only looks like a teen idol, but is actually played by one (Joey McIntyre of New Kids On the Block, to be exact)? How best to deal with this? Well, Patricia took the approach of convincing that teacher she had the right stuff, baby, and sleeping with him. Which certainly helped her daughter get over that crush, but wouldn't win Patricia a "World's Best Mom" mug...

....unless her competition was Barbara Reynolds, who her husband Frank calls "a dirty, dirty whoooooore". Barbara is the mother of twin siblings Dennis and Deandra "Sweet Dee" Reynolds, the latter of whom she derides as "a disappointment and a mistake".
SWEET DEE: I haven't seen you for a month, and I'm standing here in a neck brace. Are you gonna ask me how I'm doing, or what happened?
BARBARA: I assume you did something stupid.
SWEET DEE: Dennis ran over me with his car!
BARBARA: There you go again! Don't you think it's time you took responsibility for your own actions?

BETTY DRAPER (January Jones) on Mad Men. Wants to be seen as a perfect mom, without doing the actual work to earn such an honor. The most recent example was an episode in which she accompanies son Bobby on a field trip. After Bobby does something really dumb, which, Lord knows Betty should be used to by now (after all, we are, and we don't live with the kid), her reaction is to completely freeze him out for the rest of the day. If passive-aggressiveness was an Olympic sport, Betty would have more medals than Michael Phelps. 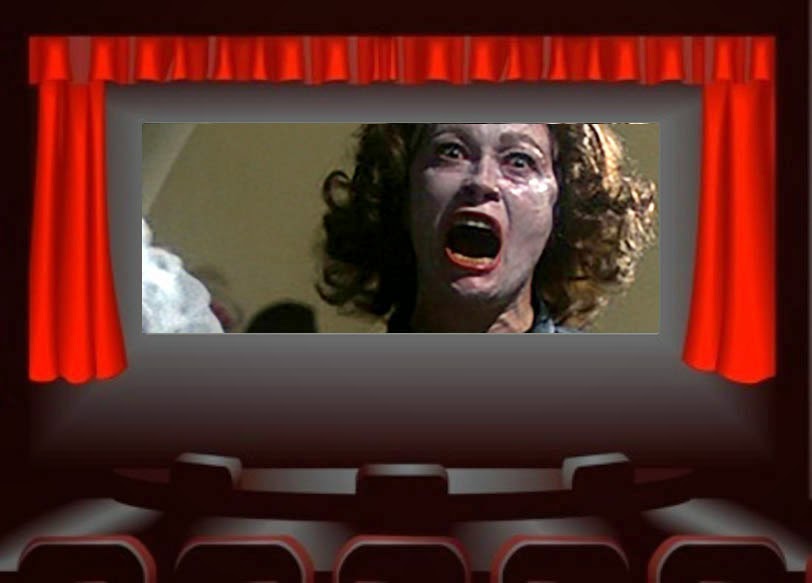 MARY TYRONE (Katherine Hepburn) in Long Day's Journey Into Night (1962).  Denial ain't just a river in Egypt. Sometimes it's a morphine drip that lets you swim in a drug-induced haze  to avoid the harsh realities of life.

ROSE HOVICK, AKA "MAMA ROSE" (Rosalind Russell) in Gypsy (1962). The prototype for every pushy, overbearing stage mom who ever was. When her younger daughter, child star "Baby June" runs off to get married (at age 14), just to get the hell away from her, Mama Rose focuses her attention on her older, less talented (but considerably hotter) daughter, swearing she will transform Louise into a meal tick--um, star.
"Sing out, Louise!"

RUTH PATCHETT (Roseanne Barr) in She-Devil (1989).  In her quest to exact revenge on her husband and his mistress, Ruth's kids are just collateral damage. Imagine coming home from school one day to find the house you grew up in, and all your possessions, completely destroyed (under suspicious circumstances that will never be investigated). Then with no further explanation and only the clothes on your back, your mom loads you into the car, drops you off at the house of a total stranger (who she despises but still trusts to look after her kids), then straight up deserts you. (I guess we're supposed to think the kids will be better off living in a mansion, but it ain't like Ruth's pulling a Stella Dallas, is it?)

MIMI SLOCUMB (Susan Sarandon) in Igby Goes Down (2002) Her son calls her by her first name because "Heinous One" is cumbersome, and "Medea" was taken.
IGBY: It's ironic that the first time in my life I feel remotely affectionate for her, is when she's dead.
OLLIE: You beat up her corpse.
IGBY: I know, but after that.

JEWEL (Brenda Blethyn) in Sonny (2002). Trained her son to join the family business. Which in this case is prostitution. And the ungrateful kid wants to break free and let all that training go to waste.

BARBARA DALY BAEKLAND (Julianne Moore) in Savage Grace (2007) How much did she screw up things with her son? Well, let's put it this way: they have a three way with a man they've both been sleeping with...and it's not the creepiest thing that happens between them.

MARY McGARRICLE (Eva Amurri) in That's My Boy! (2012). A middle school teacher who conceived her son with a student of hers, who's a 13 year old version of Adam Sandler. Which is somehow worse than having sex with the adult version.

ROSALYN ROSENFELD (Jennifer Lawrence) in American Hustle (2013). Her habit of accidentally setting things on fire (you can't put metal in the "science oven"!) raises serious concerns about the safety of her little boy.

VIOLET WESTON (Meryl Streep) in August: Osage County (2013). A foul-mouthed, racist, hypercritical, pill-popping walking nightmare whose most redeeming virtue is that her own mother may have been even worse.
VIOLET: I found the boots in a window downtown and just went crazy: praying for those boots, rehearsing the conversation I'd have with Raymond when he saw me in in my boots. Must've asked my momma a hundred times if I could get those boots. "What do you want for Christmas, Vi?" "Momma, I'll give all of it up just for those boots." Bargaining, you know? She started dropping hints about a package under the tree she had wrapped up, about the size of a boot box, nice wrapping paper. "Now, Vi, don't you cheat and look in there before Christmas morning." Little smile on her face. Christmas morning, I was up like a shot, boy, under that tree,  tearing open the box. There was a pair of boots, all right...men's work boots, holes in the toes, chewed up laces, caked in mud and dog shit. Lord, my momma laughed for days.
[Silence]
BARBARA: Please don't tell me that's the end of the story.
VIOLET: Oh, no. That's the end.

UPDATE: This just in. Chris Vosburg writes: I notice with some amusement that the Sundance Channel has apparently caught the Bad Mother meme from past WOC Mother's Days, and is today presenting (twice!) a double feature of Mommie Dearest and Carrie, hee hee.
Posted by Scott at 10:23 AM

And not to be outdone, TCM presented a Maternal Heavies double feature of its own, Now, Voyager and Gypsy.

The Violet Weston story reminded me of another pair of shoes: the ruby slippers worn by the Wicked Witch of the East (until Dorothy Gale murdered her for them).

I wondered if they were perhaps a gift from Mother to the daughter she always liked best, stiffing her other daughter, the Wicked Witch of the West (who Dorothy Gale also murdered, making her a sort of serial witch killer).

Dorothy famously claimed both murders to be accidents. Yeah, sure, and then you stole a pair of shoes and a broom off the corpses, because, well, the witches didn't need them any more, did they?

Anyway, both of the witches died childless spinsters, which may give you some idea of the regard with which they held their own parentage.

Gee, I wish I'd seen this yesterday.

Quite interesting you mention that, Chris. In connection with "Wicked," the Broadway musical, a new interpretation was devised.