I heard some unhappy news today, and since I've been told (by a Norwegian!) not to repress my feelings so much, I wanted to share it with you guys.

Long-time Friend O' the Blog Emily, who is a bit like Gamera, in that she is "the friend to all children," and by "children," I mean "cats," wrote to tell me that the senior member of her menagerie, 19 year old tabby Newman, passed away.  She included a few photos, knowing I'm a sucker for that kind of thing, and was kind enough to let me share them:


Here is Newman as a kitten. To put the time in perspective, about the time I adopted him, I went to a Hootie and the Blowfish first-run concert non-ironically. 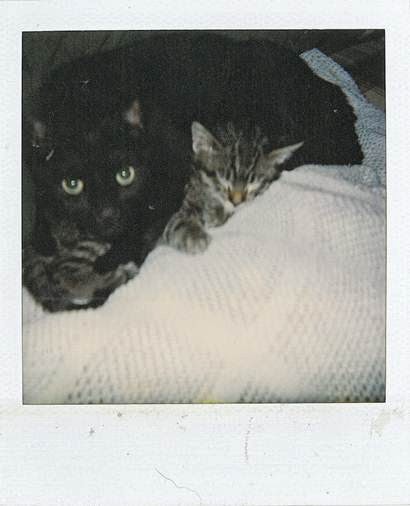 True. But no one regrets a face like that: 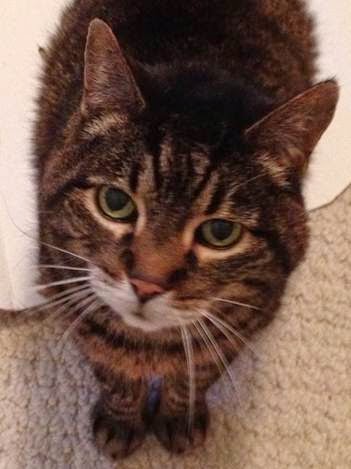 Newman was a perfect little gentleman who liked eating grass and getting stuck on roofs. He was born in San Francisco’s Marina district, but didn’t let his privilege keep him from yelling when the toilet seat lid was down or the bathroom door was shut. Mr. Newman left us peacefully with his head in my hand, just like he slept every night. He is survived by his two associates (pictured below) Richmond and Burnaby, who now refuse to sleep in the cat bed they used to steal from him. 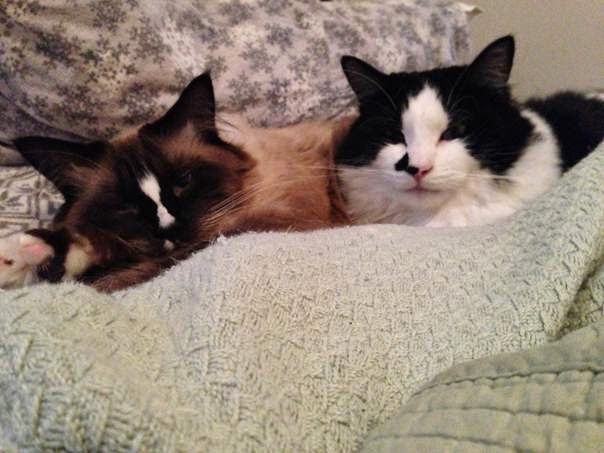 So sorry to hear of Newman's departure from this dimension. That was a really sweet picture of him as a kitten. When a pet's been with you so long, it really is like losing family.

Newman was a perfect little gentleman who liked eating grass and getting stuck on roofs.

We had a black cat many years ago, a chunky female named Blot, who had cataracts in one eye. This left her with enough depth perception to scale a tree beside our duplex and make the easy jump from an overhanging limb to our roof. But not enough for her to risk jumping back from the roof to the limb.

After a few attempts to coax her down, then learning the hard way that -- clichés about firemen and kittens to the contrary -- an adult cat is rarely pleased to let you hold it while you're descending a ladder, I finally got smart and built her a cat-sized stairway from the back porch to the roof.

The things we do for our feline overlords ...

GM, you've always struck me as a gentleman and a scholar, but on the off-chance that you've got some dark and unreported deeds on your moral C.V., I think you can rest easy: your reservation in Heaven is secure -- or ought to be -- solely on the basis of being the kind of man who'd build a staircase for a half-blind cat.

That's some Jesus-quality carpentry, that is.

That is a fine tribute to Newman.
~

May your catnip always be fresh, Newman, in kitty heaven. Say hi to the Ceiling Cat for my ThumbPer. He's been a good boy, only ate one house plant this spring.

Well, thank you, Scott. Although I can't honestly claim to have been in a very Jesus-like mood when I built the thing, I do remember telling Blot to go be fruitful and multiply -- just not in those exact words. (Yes, I stole that.)

There was a time when I hoped that if I earned enough Green Karma stamps, I'd get to come back as a dolphin. But lately, that doesn't seem like such an attractive option.

On the other hand, reincarnating as a cat, with a human like Emily to look after me, love me and keep me amused, sounds pretty heavenly.

Here is to cats remembered.

Newman sounds like just the sort of fellow to make a perfect cat, and a rewarding pal. I feel now that I know him a bit, and I miss him. It's amazing how much personality and just plain quality of being they manage to generate from their small, forceful bodies.

As to Blot objecting to being de-roofed, I have never known a cat who was OK with being *put* someplace by a two-legs... unless it was a placement decision they had already reached in their own mind and had not gotten around to manifesting on the physical plane. If you see what I mean.