Hi! Scott here, popping in to let you know that I've just received another advice column from teen heartthrob and proto-Wolverine, Wally (whom you may remember from his previous appearances on World O' Crap, here and here).  Enjoy! 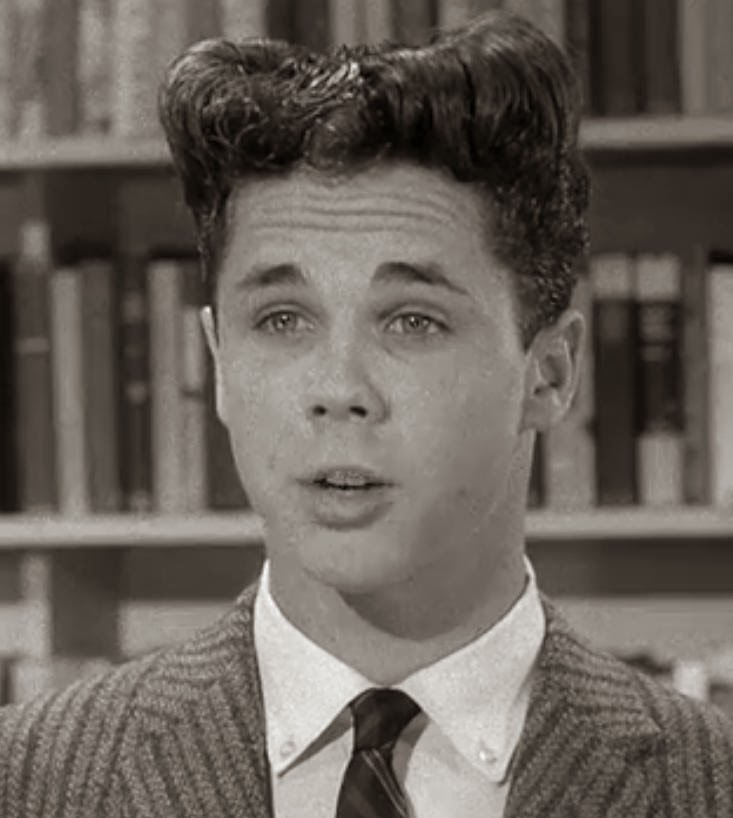 Sorry for delays in the column. I've been involved in ball-breaking litigation with my scum-bag landlord. And since Lumpy passed away I've been doing the “talk-therapy” circuit here. It's expensive and you may be surprised to guess those royalty checks are not that great ever since “Antenna TV” obtained the syndication rights to LITB.

Enough about me. Let's get jiggy with the latest dope:

I'm a sixteen-year old who has apparently gotten my girlfriend knocked-up despite practicing “safe sex.”

She called last night and the home testing kit revealed a positive result.

Should I talk to her family about this? Her mom and dad seem nice enough and like me.

This is a difficult question and you are asking me perhaps because I portrayed a sensible-enough fellow on a popular television show which for some reason has entered the pantheon of post-war Eisenhower American culture.

Our television “family” were nothing more than a facade for products produced by the Ford Motor Company and encapsulated the innocent nuisances that might arise from the day-to-day. The topic of teen sex was never there for us to explore mostly thanks to our sponsor, who preferred not to remind viewers just how many American girls were impregnated in the spacious backseats of 1957 Ford Fairlanes just like Dad drove in the opening credits.

You can read more critical views of this era from Guy DeBord, author of Society of the Spectacle and one of the founders of the “Situationalist” movement in 60's Europe. However, you may want to read it on the bus.

Wally suggests that you get out of town as quickly as possible. You are still young, son, and have a life ahead of you. Now, this may seem like unchristian advice coming from someone who grew up in the late 50s and early 60s, but remember, I'm the offspring of a Detroit automobile manufacturer and a media conglomerate, and as the Supreme Court will shortly attest, corporations have their own unique religious beliefs and traditions, so I was raised with the moral compass of a piranha.

The “Real W” Abides, and best of luck,
Wally

I'm sick of working for $8.75 an hour and trying to provide my family with enough shelter and food to make a difference. My husband has a similar job and between the two of us we can't even cut it without SNAP. Now our benefits have been reduced.

Stop crying immediately. You need to visit the nearest Barnes & Noble and ask the kindly customer service agent for this title. Although priced at $10 and change, there's no need to purchase. B&N is too poor to afford proper security -- just slip it into your purse after removing the clumsily-hidden security tag that sets off the poorly-maintained alarm systems. (Actually, if you take another book the two security tags will cancel themselves out so you can just exit without question.) You may want to buy a cup of coffee or a snack to look absolutely legit but that's totally optional. Wally is a reader and has honed the method to perfection.

Once home, read this book carefully with your husband. Neither of you want to miss the excitement in the chapter on “surplus value.” Once you “get it," you, your spouse and children will be in the streets picketing your current employers as part of a work action. And get your co-workers involved as well.

Dear Wally,
This is a silly question but can't resist asking:

We're you ever involved in any kind of sexual relationship with members of the cast of your show?

I'm a gay-curious teen and I have something of a crush on you. You really had a great buff bod back then. I'm just learning about the show through re-runs.

If you mean Hicksville, NY, Wally feels your pain. But I'm flattered that you are still thrilled by my expensive physique.

There was one episode I remember where I had to teach “the Beave” how to dance ballroom style. He had some sort of erection but I just put it down to multiple takes. Nothing serious between us really.

I did have something of a man-crush on Mr. Beaumont, but my psychiatrist at the time recommended reading Jacques Lacan and to become familiar with his theory of “the lack.” This explained my attraction to older men in a satisfying way. Other than that, I can't give you much info in the gossip files. I'm currently negotiating a contract with Random House and you'll have to wait until I'm on the circuit with the finished product. 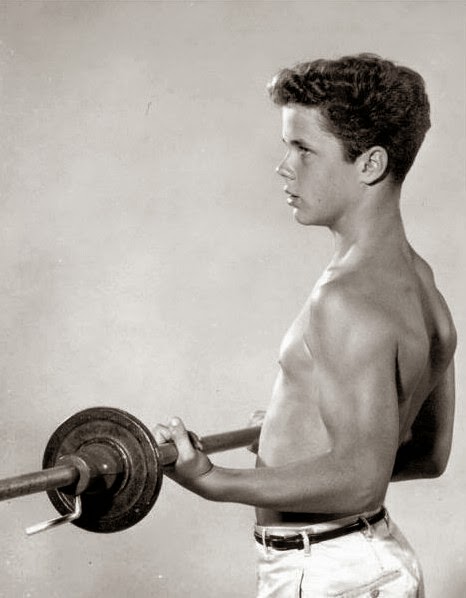 Please tell me he was over 18 in that photo. I'd prefer to not go to hell for what I'm thinking.

Bill S is in on Ford Fairlane on a Highway to Hell!
~

Given that somewhere along the way, she learned to speak Jive, I can imagine that Barbara Billingsley was none too impressed with the endowment of her co-stars.

JEEEEZZZUUUSSSSSSS KEE-RIST ON A FUCKING CRACKER WITH A SIDE OF HORSERADISH, THUNDER!!!

I could be totally billions of light-years off the mark on this, but your comment about Bill's vehicular transport evoked a HORRIFIC FLASHBACK to a certain hairy-backed, beer-bellied so-called bondage-leather-fetish bitch-boy 'COMIC,' formerly known as "Andrew 'DICE' Clay" (Silverstein) and one of THE worst wastes of celluloid or chemically-treated plastic "film" since "Weekend @ Bernies TWO"!!!!!!

Srsly. Thunder, what have I ever done to you, that you should put those nightmarish cartoons into my empty/jell-o-filled skull?!??!?!