Unfortunately Our Theocracy Came From the Factory With The Wrong Theology

It's a brand new year, so out with the old First Amendment and in with the new State Religion: Homo-Orthodox! This is potentially bad news for those of us raised in less rigorous faith traditions -- I myself come from a long line of Scottish Presbyterian Reformed Church of Homo -- but I'll let WorldNetDaily's Joseph Farah give you the details... 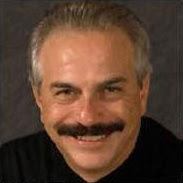 
THE EMERGING INTOLERANCE OF ENFORCED HOMO-ORTHODOXY

That's why I picked "Liza Minnelli" as my confirmation name.

If you even think homosexuality, lesbianism and “transgenderism” might be sinful, you are a modern-day heretic – worthy of scorn, ridicule, fines, abuse, even loss of your business or job.

If you listen to certain unmanly whiners, getting bullied, gay-bashed, even murdered is some big ordeal, but Joseph faces ridicule! In fact, he's getting some right now!


And now, the Rhode Island Supreme Court has joined the witch hunt against Christians who take their Scriptures and faith seriously by throwing out lawsuits brought by two Providence firefighters who said their constitutional rights were violated when they were ordered to drive a truck in a gay pride parade despite their religious objections.

The saddest part of all this to me, though, is the way witch hunts have really hit the point of diminishing returns. In the 1600s, witch hunters burned you at the stake, but now they just toss out your nuisance lawsuit. Who the hell's gonna make a gruesome woodcut about that?


The firefighters, Theodore Fabrizio and Stephen Deninno, argued that they are Roman Catholics and, therefore, do not and cannot support or condone homosexuality.

Truck driving implies consent. This is why I never drove my old Ford Ranger to a NASCAR event.


Seemed like a reasonable request given the First Amendment.

"Congress shall make no law respecting an establishment of religion, or prohibiting the free exercise thereof; or abridging the freedom of speech, or of the press; or the right of the people peaceably to assemble, and to petition the Government for a redress of grievances; or of the right of municipal employees to get pissy about driving their work vehicles near a guy in chaps and a banana hammock."


But to add insult to injury, the firefighters said they experienced sexual harassment from parade-goers and their co-workers.

I'm not sure how someone standing along a parade route would even begin to sexually harass two guys in a moving, 65,000 pound truck -- the logistics just seem daunting -- but what really interests me is the claim that they were also victimized by their co-workers as a result of this parade.  Was the mere fact that the plaintiffs operated heavy machinery within earshot of a marching band playing "Poker Face" enough to convince previously closeted members of their engine company to invite them to "handle my hose" or "slide down my pole"?


Any sane, rational, moral person who has been in the vicinity of a “gay pride” parade knows exactly what these firefighters were alleging. I’ve seen it firsthand. I once had the misfortune of spending Father’s Day with my wife and small children in a city celebrating “gay pride.”

We were subjected to public nudity, crudity and rudity with impunity and incredulity.

Ah, so the Bigot to English translation of "sexually harassed" is "saw a drag queen and a shirtless guy with a rainbow flag."


After the parade was over and I thought it was safe to go outside, I took my young girls for a walk – one of them was in a stroller at the time. A group of about a half-dozen lesbians approached us with catcalls of “breeder, breeder!” I mean you can’t make this stuff up.

Apparently you can. You just can't do it well.


It’s amazing the straightjacket America is forcing on its people in the phony names of “diversity” and “tolerance.”

I'm pretty sure the names "diversity" and "tolerance" aren't phony so much as they're just stage names. However, I can't tell if "straightjacket" is attempted irony or just a successful misspelling.  Anyway, you'll excuse me, I have to go file a lawsuit against Joseph's mustache for giving me PTSD and flashbacks to Cruising and Can't Stop the Music.
Posted by Scott at 2:30 AM

Email ThisBlogThis!Share to TwitterShare to FacebookShare to Pinterest
Labels: Culturehideen, Get the Butterfly Net, Teh Gayz

If I need to be wearing a straitjacket, please let it be a phony.

Phony Straitjackets: For the time you're just a little stressed out.

Congress shall make no law respecting an establishment of religion, or prohibiting the free exercise thereof

And FSM knows you can't exercise your religion all by yourself. You have to exercise it *on* somebody. Theological isometrics aren't nearly as satisfying as "do[ing] something to somebody quick!", as Bishop Badinov advised us.

I can't tell if "straightjacket" is attempted irony or just a successful misspelling.

Have to be spelling. I mean, the jacket he fears being forced into would necessarily be anything but "straight". Although the leather might be a bit...stiff.

I can well imagine Joseph's terror at the prospect of being carried off by rampaging gay boys, and forced to live a life of musical theater, interior decorating and fabulous parties. I'll bet he thinks about these things a lot.

I shudder to think where Farah puts his moustache to keep it that colour.

We were subjected to public nudity, crudity and rudity with impunity and incredulity.

He gets paid to write that.

Well, he pays himself to write that.