The Slumgullion: Episode One: The Human Stew 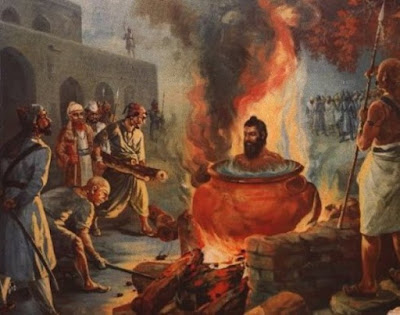 I know I've been hitting you with a lot of aural product the past week and would like to apologize except it's totally Jeff's fault, since he's a font of creative energy and spontaneity, whereas I'm more of a sedimentary crustal layer who specializes in producing material on a geologic time scale. But with today's official launch of The Slumgullion, we'll be moving to our regular schedule, releasing a podcast every two weeks. (Not to say there won't be a mini-sode popping up here and there, depending on if/when Jeff overdoses on caffeine, and/or somebody we like dies...)

In honor of the still dewy-eyed and youthful 2016, I also present a dramatic reading of the 1980 holiday special, New Years Evil.  You can check it out by clicking the title above (and if you happen to know anyone with a similarly suspect taste in pop culture, please pass on the link, like a game of "Telephone" or a case of bird flu).

And because you've all been so good lately...Cat pictures tomorrow!
Posted by Scott at 3:53 PM

Email ThisBlogThis!Share to TwitterShare to FacebookShare to Pinterest
Labels: Now a word from our sponsor, Podcasts, The Slumgullion

Kudos on the first episode of The Slumgullion, sustains the quality of ASSJam, which was one of my two favorite podcasts (the other is Gilbert Gottfried's, the man is a serious movie nerd).

I know I'm opening myself up to some serious abuse, but I didn't hate "Eyes Wide Shut". I was underwhelmed until the credits, where I learned it was based on a book titled "Traumnovelle", German for "Dream Story". When you view it as a dream, you understand why the narrative is disjointed.

My favorite Alan Rickman role was in a little seen and underappreciated film, "Closet Land". Rickman plays one of the most despicable villains ever.

And no abuse is forthcoming, serious or whimsical. Even though hate is my natural, default state, with age has come an increasing admiration for those who can take a work of art on its own terms and find something within it to appreciate.