Mary and I just got home from seeing Suicide Squad (which we'll be talking about this Saturday on a special edition of The Slumgullion. Check your local listings), where my many Facebook friends who have a Brony-like devotion to character actors informed me that David Huddleston has recently perished at the age of 85.  If the name doesn't ring a bell, you've undoubtedly seen one of his movies: Blazing Saddles, The Big Lebowski, The Klansman, Bad Company, Brian's Song, or multitudinous TV appearances: Then Came Bronson, Room 222, The New Temperatures Rising Show, The New Perry Mason, The New Dick Van Dyke Show, Kung Fu, Petrocelli, and Blansky's Beauties, with time out for an ABC Afterschool Special (Amy & the Angel).

Unfortunately, the only David Huddleston joint I've ever given the Better Living Through Bad Movies treatment to is the seasonably inappropriate Santa Claus: The Movie, which is scheduled to appear in our upcoming sequel. But time waits for no man, especially the dead ones, and attention must be paid to such a person. So we present Christmas in July, with... 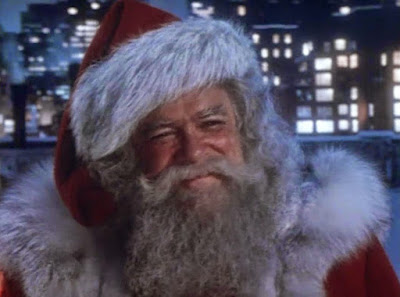 I wonder what it's like to stand on the ground under an airsick reindeer?

But it's as if my brain can no longer process these sorts of movies--or, at least, the ones they're making now. Even the critically acclaimed ones. I made it through maybe 20 minutes of "The Avengers" and a comparable amount of "Guardians of the Galaxy." I had literally no idea what was happening on screen. It's like I have superhero aphasia now or something.

I haven't gone back to rewatch "Superman," "Batman," et al., so I don't know if I'd now be turned off by them as well, but I kind of doubt it. I think it's a combo of being alienated by the fast cut cut cut nature of action-oriented movies today, plus the fact the current crop of films are so interconnected that if you don't watch all of them and have the relationships memorized, seeing just one of them makes is pointless. It's like watching one episode of a soap opera.

tldr: I am not going to be seeing "Suicide Squad."

PS: If you love these movies, I totally get it. I'm not saying they're bad. I'm just saying I don't understand them.

Completely agree with you re: superhero movies. My theory is that (like fanfiction) they encourage lazy writing. The scriptwriters rely on the audience's being familiar with the characters to the point that they scrimp on minor details like dialogue and character development in the favor of CGI, martial arts fight scenes and pyrotechnics. Oh, and plot? Who needs it? :P

Anyway, I'm not planning to see it either.

"Strong men also cry. Strong men. Also.Cry." Rest in peace, Mr. Huddleston. A professional who gave his all in projects that deserved it, and a few that didn't.

Thank you for the laughs and the memories. This was the first movie I thought of when I read of his death. He was a wonderful Santa. And this movie was just nutty. But I was always touched by the elves "season's greetings."

I'm in no way going to poop on your opinion. You're entitled to have one, and so do I.

I was pretty sad when I recently learned about Huddleston's death for, to me, he was the Santa of my childhood. I have loved and still love this movie as one of my favourite Christmas movies! I always loved the back story of how Mr. and Mrs. Claus get to become Santa Claus and Mrs. Santa Claus! Reindeers may be puppets, but they are the cutest puppets ever! The movie magicians behinde them achieved to make you feel their feelings and the sadness when Patch leaves them and that tear in Donner's eye, I still get very emotional when that part comes on screen.

Maybe I'm just still a kid under my 32 year old skin, but that movie, to me, is synonym of Christmas' magic... and makes me want to believe that Santa Claus does exist.