MST3K Meets The Mommy Of The Future

I grew up in a house -- then a condo, then a series of increasingly shabby apartments -- that could best be described as a sort of parental Fail Blog, so I was never much tempted to breed and continue the cycle.  But whether by chance, or because the Universe has a particularly virulent sense of irony, I happen to know a number of exceptionally Cool Moms, and in several of the cases (my sister KT comes to mind), the very coolest of Moms seem to have had the very worst of role models.

I don't know quite what to make of this, and I'm not trying to postulate a Unified Field Theory of Motherhood, I just think it's interesting, and perhaps indicates that the animal handlers at Sea World who train their dolphins, seals, and orcas with food and affection rather than punishment have it wrong, and those embittered high school P.E. coaches who taught us good driving habits by screening 16mm films of gruesome automobile accidents had it right.  In fact, they probably didn't go far enough, and should have turned the Drivers Ed. simulator into a giant Skinner Box.

But I digress.  Cool Moms beget Cool Kids, and my friend Elizabeth is definitely one of the former, while her son Wes is a distinguished example of the latter. A musical prodigy and fashion trendsetter, Wes is preternaturally verbal (but not in a creepy, Children of the Damned sort of way; more in a cocky, Children of the Damn I'm Good! way), and almost as soon as he could talk, he dubbed Elizabeth "Mommy of the Future!" for reasons that were never explained.  (At least, I hope they weren't, and if they were, I hope no one explains it to me, because it remains one of my favorite non sequiturs.) 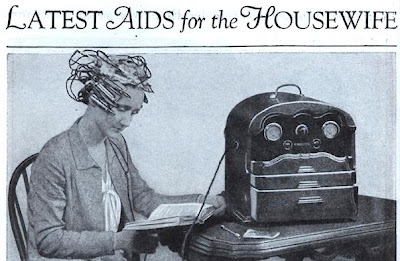 Anyway, like s.z., I originally bonded with Elizabeth (many, many years ago) over a shared devotion to Mystery Science Theater 3000, so I've been waiting for the day she introduced her child to the series, since I've always wondered if it was hereditary, like Hitchhiker's Thumb, cleft chin, or the congenital syphilis in Ibsen's Ghosts.  As it turns out, the results were more than I could ever have hoped for.  Here's a taste (Wes, at this point, was in first grade):

Ten minutes pass. He comes out. “Mommy? I think the Mike episodes are better.”

I solemnly urge you to click here and read the whole, hilarious thing; I guarantee, you will not regret it.

I mean, come on -- have I ever steered you wrong before?  Except for that one time?  And maybe that other thing?  Besides that?  Never.
Posted by Scott at 12:24 AM

Email ThisBlogThis!Share to TwitterShare to FacebookShare to Pinterest
Labels: MST3K, Now a word from our sponsor

Oh man, Joel v Mike, right outta the gate. It's a valid part of the oeuvre of the show, and wait'll he gets a load of the flaming madness it entailed, turning brother against brother, father (or mother!) against son, fan against fan, in a "civil war" that was anything but. The wounds never healed for many, and he probably is wise to get it out of the way early on.

And Rachel, if you're reading, you're thinking of "Girls Town", episode #601 (sixth season, first ep).

I liked Monk" first assistant ("Why do I always hafta be the corpse?") better than the bland blond who replaced her. Sad days. Joel was funnier during the intermissions... That kid is looking down the path to indigence.

I have some headphones, just like the ones in the picture.

"Mom, I prefer the Mike episodes."

We like whoever was there when we decided we liked the show.

I came in late to Sealab 2021, so while I understood later why fans loved Cpt. Murphy, I didn't have the same resistance to Tornado Shanks. Likewise with MST3K I am always delighted to see Pearl, Prof. Bobo and Brain Guy, while the Dr. F/TV's Frank shtick doesn't hold up well.

Joel was funny enough, but his inability during host segs to complete two lines coherently turned many a sketch into a disaster. (Was Robinson supposed to be a f**ked-up stoner or something?) Mike was sharp, witty, had an almost needy sense of self-depreciation, and best of all had his head in the game.

But now Mike's doing the bitter, joyless Rifftrax (Mention Roger Corman for a free lengthy diatribe about why he should be executed by firing squad! Everything sucks! Everyone's stupid! YOU'RE stupid! Huh huh huh huh huh!) while a far more coherent Joel is doing Cinematic Titanic along with Trace and Frank, and my references are completely turned. You couldn't pay me to watch Rifftrax.

You couldn't pay me to watch Rifftrax.

There is (at least) one Rifftrax that's entirely worthwhile, "Casablanca". Mike and the Scabs are uncharacteristically respectful of the film, and make generally hilarious jokes without maligning the sexual orientation of the cast. For once.

Usually with Rifftrax, I find myself turning off the commentary so I can enjoy the film.

And in the event some of you don't already know, there's a heap of Cinematic Titanic available on Hulu now.

Having reviewed the tale a couple of times, along with previous descriptions of the kid, I'm now leaning toward the belief that Wes was well aware of Mom's Joelism, and couldn't resist puttin' in a screw and giving it a couple turns, and before you say wait he's only seven, I'll say, yeah, so was I and I was capable of behavior at least this devious, and to me at least this much fun.

In other words, I think he knew what he was doing, and I like this kid.

That scene includes one of my favorite riffs in Girls Town: "The age old battle between Pop and Jazz!"