The Return of Top 10 Google Searches

First of all, Mary and I want to express our deepest gratitude to everyone who's contributed to the Automobile Reanimation fund.  (Explanation here if you're tuning in late.)  A couple of my Thank You notes have summoned a Mailer Daemon (who I found kind of lame for a soul-devouring Hellspawn; I mean, yeah, he's got that scary Exorcist voice and the cloven feet and the eyes that glow red like coals, but he's also wearing a pith helmet and those gray polyester shorts); so if you haven't heard back from me and have an alternate email I could reach you at, please let me know.

We're going to keep the Beg-A-Thon going for a few more days, so if you can spare a little bit, please click on the button at the top left.  Or, if you are non-Pals with Mr. Pay, email me at scott.clevenger - at - gmail.com and I'll send you our snail mail address.

Now, as most of you probably know, this blog is a sort of Superfund site for search engines.  In other words, a not insignificant amount of people who wind up here do so because they typed a desperate, creatively spelled query, which caused Google or Bing to say "Ew!" and drop them, like a flaming bag of dog doo, onto our doorstep. 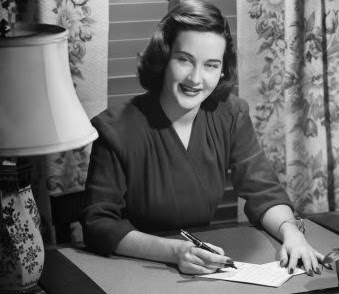 "I wanna know about Hitler Pee!"

As a result, checking our referrer logs for plaintive questions and attempting to address them on air used to be a regular Saturday feature around here, and I thought it was about time to revive it.  But I freely confess that I'm no Shell Answer Man, so as usual, I'll need your help, because some of these are real puzzlers.

1. Peter scolari erection crème: Although Scolari's career didn't follow the same meteoric path as his Bosom Buddies co-star, he's worked steadily in TV since; more to the point, his lower profile in the entertainment industry has allowed him to devote increased time and resources to the burgeoning field of celebrity-endorsed erection ointments.  Now, I'm the first to admit, Tom Hanks makes a quality boner cream, but I personally believe it's overpriced for what you get, and Peter Scolari's product is far more luxurious, as one can easily tell from the fancy accent grave over the e.

2. cows doing pupu:  After the decline of the "Polynesian" craze of the 50s and 60s, the classic "pupu platter" fell into disfavor with most American diners.  But recently, several head of entrepreneurial cattle have opened restaurants in the style of Don the Beachcomber and Trader Vic's which feature this venerable appetizer tray.  Most of the cows claim they are simply job creating small business bovines looking to take advantage of a renewed interest in so-called "Tiki culture," while others will admit they'd like to help steer national eating habits toward healthier fare like poultry and seafood in order to reduce the incidence of Type II Diabetes, and the chance that they'll get hit in the head with a poleaxe.

3. Real Witches Ball Drew: Well, Drew's a nice enough-looking guy, but I still think the Coven should consider diversifying its initiation ritual. I mean, this is the exact same one the Masons use.

5. kiss on balcony replaces bloody sheets:  And it was precisely this change in housekeeping procedures that made me rethink my policy about never staying at a Courtyard By Marriott.

6. can you swim with the removable instant brows:  Let's ask the man who owns one! 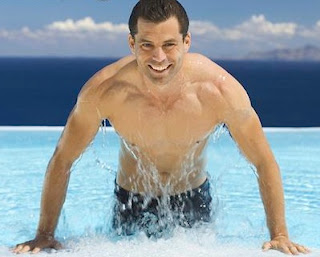 "I've discovered a more active lifestyle!  Yes, now I can jog, play tennis, and even go swimming...all with my new brows!"

8.  traps turning perfectly straight guys into homosexuals:  This is a very real problem, Googler, and I hope you haven't fallen into one yourself, because homosexuals are extremely organized and energetic, and lay these traps everywhere.  For instance, on Friday it was discovered that Gays had managed to sneak into a factory in Georgia and contaminate Chick-fil-A Sauce with chemicals that fill one with an unholy passion for the same sex.  Fortunately, most of the tainted packages were immediately removed from franchise shelves, so if you didn't eat at a Chick-fil-A any time this week, you should be fine. 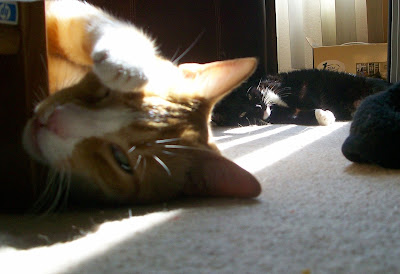 "I know what you mean!  Is Riley doing that Scanners thing to your brain too?"

Phew!  My brain also aches, but there are still a few burning bonus questions in the referrer logs, so I was wondering if I could pass the Talking Stick and ask you guys to field them in comments?

Email ThisBlogThis!Share to TwitterShare to FacebookShare to Pinterest
Labels: For No Good Reason, Top 10 Google Searches

This is the only blog that gives me Holmes & Yoyo references, and that's why I keep coming back.

Well, regarding #12, the "Battlefield Earth Crotch", any woman who has experienced the joys of Natural Childbirth has had this one on a very personal level. And they have video.

While everyone knows about chlamydia and gonorrhea, there are some more exotic STIs that are little-known outside of pathology labs. This particular disorder has one noticeable symptom - the genitals appear to be tilted at 15 degrees off the horizontal. While embarrassing, it is recommended that people with BEC seek medical attention, as advanced cases are known to cause the death of one's career.

Well, Timmy, sometimes a husband and wife decide that they can't live with each other anymore. Possibly because the husband wrote two thousand words on his belief that raping a wife is okay.

I'm sorry, that doesn't narrow it down nearly enough. However, I can show you a list of 70's films where all the actresses wore bras. Here it is:

Most Wonderful Gun in the World

You really need to narrow this one down a little, but given the extremely broad category I'm going to suggest the TC Contender in .35 Remington. It makes a gigantic boom, a huge fireball (especially at night), is expensive, not to mention quite painful to shoot, and really has no purpose in the world.

Well, I'm fairly certain nobody in the cast of "The Boys In the Band" wore bras. Or "Deliverance". Or "Sleuth". Or "Patton".

As for the question about Dennis Prager, a better question would be, "Why the hell would anyone want to live with him?" After reading his column on the Penn State scandel, I'm nauseous just thinking I belong to the same species as him.

It's the most wonderful gun in the world

The barrel is oiled up,
the springs are all coiled up
the handle is pearled

It's the most wonderful gun in the world!

Hear those voices too?
Sirens from the intertubes...
but what IS this rash?

Someone posted this Onion piece on Facebook and yeah, if you look closely, it's credited to the Onion, but all I saw when I first saw the post was Michael Phelps lying belly-down in the water and the poster going "Bwah-hah-hah! LMAO!!" I was like "Whuuh?!?! What sort of sick, heartless bastard...oh, wait a minute...uh, never mind."

The first single off the long-anticipatyed NRA Christmas album, because nothing says Christmas like Uncle Elmer and his AK-17

Why did he marry?

OMG--Mark Steyn's come out with a Rodgers and Hart album?

(note: ever since reading this, I've been haunted by R & H'a "The most beautiful girl in the world" with the above new lyrics.)

I was going to do the Rodgers & Hart thing, but only got as far as

... and then couldn't figure out the rest. My hometown is the proud home of one of only 2 full-figure statues of Thomas Paine in the US: he's shown writing on a drumhead with his musket across his lap. Nice sculpture.

Sorta lost the snark thread there, but hey.

I think it has something to do with Psychlo sex, but I didn't read the book.

Better than the other kind.