You guys remember Bryan Fischer, right? He's the host of a talk show on the American Family Association's radio station, a frequent -- one might even say unrelenting -- RenewAmerica columnist, and of course, the leader of Bîøgraphy!, the world's only Peter Graves tribute band.


There is one and only one short range solution to a runaway judiciary on the issue of sodomy-based marriage:


a governor with the testosterone to stand up and just say no.

So back off, Lady Governors; we boys will handle all the sodomy.


Governors take an oath of office to uphold the federal constitution and the constitution of their own state. Any governor in any state with a marriage amendment as a part of his constitution has the right, nay, the duty, to refuse to comply with any judicial order to recognize same-sex marriage.

I guess the judiciary isn't actually mentioned in the constitution.  I imagine it got started accidentally -- some guys were playing dress-up in their sisters' choir robes, and one of 'em started goofing around, banging his mother's wooden meat tenderizing mallet on a park bench, then one thing led to another and suddenly -- boom! You've got a co-equal branch of government and a bunch of neo-classical buildings with Corinthian columns and flashy entablatures.


The Constitution is utterly silent on the topic of homosexuality and marriage, which means, according to the Constitution the Founders gave us, this is an issue reserved exclusively to the states.


Any ruling from any federal court that imposes domestic policy on a state is by its very nature unconstitutional, and no governor has any obligation to obey it. In fact, quite the opposite. He must refuse to comply with it, for to comply would mean he must violate his own sacred oath of office.

Any governor who accepts Pell grants or Food Stamps should be placed in a tumbril and led to the nearest guillotine -- assuming it wasn't bought with federal matching funds.


A governor's oath is to defend the Constitution of both the federal government and his own state. Defending something by definition means protecting it when it is under attack, regardless of where that attack comes from – even if the attack comes from a federal judge, a federal court, or the Supreme Court itself.


Americans have no understanding of how little power the federal judiciary actually holds. It was designed by the Founders to be the least powerful branch of the federal government

In the Federalist Papers No. 38, James Madison declared that Federal District Court judges should be able to bench press no more than 185 pounds, maximum.


The Supreme Court met in a closet for the first several decades of its existence, a sign of the lowly stature it occupied under the Constitution as written.

But now they're out of the closet and voting for gay marriage. It's almost like you reap what you sow...


It has mutated into a gargantuan beast, looming over liberty, freedom and the Constitution itself, and imposing its own benighted and twisted version of morality on the entire country with no legal, statutory, constitutional or moral authority.

So in 1803, somebody injected Chief Justice John Marshall with Venus Flytrap juice, causing him to mutate and grow to monstrous proportions, just like the baby chimp in Konga. And just like Konga, Chief Justice Marshall went on a rampage that eventually ended when he was cut down by the muskets of Federal troops at the Old North Church. 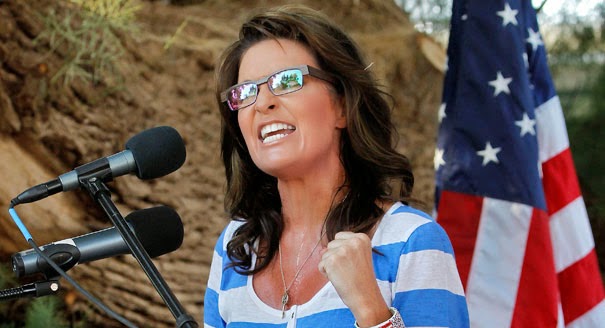 But it has no police force it can order to arrest or detain anyone. If its unconstitutional rulings are ignored, what will the Supreme Court do? It can issue an arrest order, I suppose, but if a governor will not allow it to be executed, what can the Court do? The answer is nothing.

"Excuse me, Mr. Fischer? There's a Federal marshal here. He says he has a warrant to...'smack some sense into that cauliflower you call a brain'?"


President Andrew Jackson once said, of a decision handed down by the chief justice of his day, "John Marshall has made his decision; now let him enforce it." What happened in the face of this defiance from a co-equal branch of government? Precisely nothing.

Ahem..."In a popular quotation that is believed to be apocryphal, President Andrew Jackson reportedly responded: "John Marshall has made his decision; now let him enforce it!" This derives from Jackson's comments on the case in a letter to John Coffee, "...the decision of the Supreme Court has fell still born, and they find that they cannot coerce Georgia to yield to its mandate," (that is, the Court's opinion because it had no power to enforce its edict).

The ruling in Worcester ordered that Worcester be freed, and Georgia complied after several months.

The federal government and the Cherokee were not party to the suit. Worcester imposed no obligations on Jackson; there was nothing for him to enforce. The Court did not ask federal marshals to carry out the decision, as had become standard"

The truth is the federal judiciary is impotent apart from the good will of the American people.

I guess the joke is on those convicts who meekly served life in a Federal prison just because some joker in a cassock told them to (as much as I like Ashton Kutchner, I feel like this episode of Punk'd went a little too far). Nevertheless, if the good will of the American people lasts more than four hours, see your doctor.

Stuffing or potatoes?  I need a ruling!

Email ThisBlogThis!Share to TwitterShare to FacebookShare to Pinterest
Labels: Elevating the Discourse, No Country For Old Men

Someone should tell Fischer that, in addition to being useful for writing RenewAmerica columns, the computer on his desk can be used to access Wikipedia. There he can learn about what happened the last time a number of states decided that nullification of Federal law was a really swell idea.

It has mutated into a gargantuan beast, looming over liberty, freedom and the Constitution itself, and imposing its own benighted and twisted version of morality on the entire country with no legal, statutory, constitutional or moral authority.

I kind of agree with this, only my beef is with the Citizens United and Hobby Lobby decisions.

The SCOTUS should be disbanded immediately and replaced with people chosen at random from around the country. And there ought to be about 15 Judges. Or maybe 27. Half female,half male, and one ??? Maybe "Pat" from Sat Night Live. Or something.

K, I agree with your court packing plan, especially the part about limiting the number of cats on the bench to one. Because you know the Associate Cat Justice is always going to vote for the death penalty, even if it's just a civil case about software patents.

I kinda miss the "Impeach Earl Warren" billboards. Really, does Fischer ever have an original thought?

Scott: sure, but only for mice and birds and small aquarium fish! Compare that to how a dog or an eagle would rule.

If Mr or Ms Justice Felis Catus is properly fed and provided with both a comfy cushion on the judicial bench and a fleece-lined robe, I think we can count on a general tendency to swift, but not condign, punishment: a few fast smacks to the perpetrator's face, a bite on the ear, or at worst a series of back-foot kicks to the stomach.

Justice Catus could be trusted to distinguish between dinner on the one paw, and a legally responsible Party on the other. More than you probably could have said of Roger Trelawney.

Yeah, YOU find us a tumbril at this time of night, on a weekend yet - !