Today's the natal anniversary of our friend from Real America, Heydave, and the corn is as high as an elephant's...well...testicles, I assume, since the FAQ of the Iowa Corn Growers Association tells me that corn isn't usually harvested until October.

I see that Australian actress Rose Byrne was also born on this day, as was American comedienne Ruth Buzzi.  Naturally, as a loyal American I'm inclined to root for the home team, but I will not be accused of jingoism, so let's visit Google and allow its magisterial impartiality to decide which of these accomplished women will get the coveted Wo'C Birthday Glamour Shot.

Okay...Hm.  Well, according to Google Image Search, the Internet is currently well supplied with cheesecake-style photos of Rose Byrne, while the request "Ruth Buzzi sexy" returned results that were so rare I'm surprised Goldman Sachs hasn't bought all the pictures to store in a warehouse in order to artificially inflate Ruth Buzzi porn prices.  Of course, now that big investment banking money is involved, this whole thing could be an elaborate set-up; it's entirely possible Google faked its results to help Goldman manipulate the commodities market, giving them both the opportunity buy Buzzi low and sell high -- unfortunately, I lack the math skills to argue with an algorithm, so it looks like we'll just have to take it and like it. 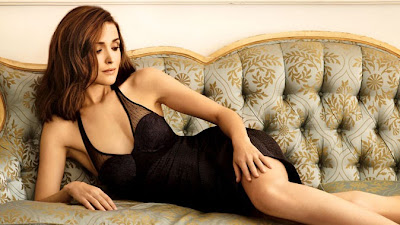 Please join me in wishing Heydave a very happy birthday.
Posted by Scott at 2:10 PM

Happy Birthday, Heydave! Or shall I call you "Hey" for short. In any case, it's I hope it's wondrous!
(Speaking of which, it's also the birthday of Lynda Carter, AKA "Wonder Woman")

Many happy returns!! Or at least one nice present you really wanted. Or free drinks (or whatever your vice may be).

As for Mr. Clevenger, shame for not sharing Ruth Buzzi sexy. Keeping her all to yourself?

(Guess now I know what I'm getting for my big day.)

Didn't mean to be quite so impersonal: Many happy returns & the rest, Hey!!

Hey, Dave (I'm sure that's how your nom de net originated), I came originally from just north of you (Minnesota). I've been well aware since childhood of Iowa, Where the Tall Corn Grows -- yet you are consistently hip and uncorny. Simple son of the soil, indeed!

Happy Birthday and a votre sante!

Is That An Ear of Corn in Your Pocket?

Yes, as a matter of fact it is.

Oh, and happy birthday Dave. You too Preznit.

From a simple woman of the earth,Happy Birthday, Farmer Dave.
Suezboo

Hi kids! Thanks for all the lovely greetings!

I guess I have to dispel some misconceptions, however. I'm really from a little town east of here. Chicago! Southeast corner, right by where the sprawling steel mills used to be. I'll send Scott an aerial view of the old neighborhood and you can see empty spaces along the lake that used to be covered with U. S. Steel. Went back recently and realize that where I grew up could now double as scenery from The Wire. Moved to Iowa temporarily 19 years ago. *sigh*

But life is good. I learned at the State Fair that farm animals make noises... just like in books!

True. It is difficult to find nude pictures of Ruth Buzzi.

But I'm not giving up!

I'll take the Buzzi high, please, and I think Heydave will too!

I can. not. believe. I missed your birthday again. Sigh. But here's a toast to Happy Birthdays all month long!

I have never had a birthday, and I'm sixty years old. My parents enrolled me in a "birthday savings time" plan as an infant, and the administrators absconded with all the cake, candles, pin-the-tail-on-the-donkey (hereinafter referred to, for space-saving purposes, as P.T.T.O.T.D) games, clowns and all the rest of it. It's an outrrage. I sued, and the bastrds offered to give them all back at once, which at my age, would probably kill me.

Happy belated birthday also to Heydave. Wait, you're from Chicago? Does that make you an Obama-style elitist liberal thug? Because, cool.

Animals also smell, which you do not discover in most books, but becomes pretty overwhelming at state fairs.

AMEN to the smell at state AND county/parish fairs! I hadda grow up at those damned thing, esp. the livestock shows & rodeos, and le fragrance is, hopefully, inimitable, though I've heard that certain neighborhoods in NYC can get close in the summertime...

And, after 19 years of state fairs, HeyDave, I'm sure that you also know that a "square meal" CAN be made of MIDWAY FOOD, eh? Hell, a corndog alone has your veg, meat, dairy AND bread, all on a stick! What you do with the stick is up to you... if you really NEED that much fiber, I guess...

Hope that you & Preznit both had joyous natal celebrations.