Okay, But Only If We Can Do It With The Lights Off

The other day, WO'C correspondent Bill S., who has a nose for this kind of thing, discovered a wingnut site I'd never seen before -- PolitiChicks (The Voice Of The Conservative Woman") -- and, as might be expected, it's nuttier than Mr. Peanut's ballsack.  But one post in particular caught Bill's eye, a post which may launch an entirely new genre of superhero comics, movies, and TV shows:

The article was written (or perhaps "curated" might be a better word) by Ann-Marie Murrell, who was also unfamiliar to me.  Let's check her bio: 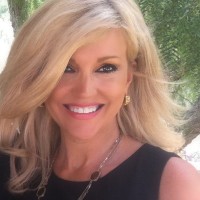 Oh, that's why I've never heard of her.  It's a bit like saying "She's one of the leading Manishewitz distributors in Mecca."


Ann-Marie has conducted exclusive interviews with Congresswoman Michele Bachmann, Lt. Col. Allen West, Newt Gingrich, Frank Gaffney, and was one of the last reporters to interview the late Andrew Breitbart.

Granted, it was several weeks after he died, but post mortem question-and-answer sessions are a lot easier now that there's a Ouija app for the iPad. 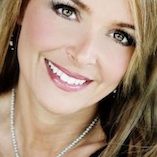 Judging the pageant along with Ms. Murrell is Dr. Gina Loudon.  World O' Crap readers may remember "Dr." Loudon as the St. Louis-based talk radio host who was ejected from the Missouri Tea Party because Dana Loesch thought she was too crazy.  Even more remarkable was her feat of earning both a Masters and a Ph.D in a single year -- 2011-- from distance learning diploma mill Fielding Graduate University.  (Not that this is a peculiarly distinguishing characteristic -- there are so many right wingers buying online degrees and calling themselves "Doctor" nowadays that I'm about ready to pitch a remake of Norma Rae, with Sandra Bullock as a reluctant blue collar heroine who inspires exploited diploma mill workers to strike.)

As you can see from the Dutch Angle of her headshot, "Dr." Loudon is also known for her impersonations of Ceiling Cat and every other Special Guest Villain on the old Batman TV series.  But more from her later.

Bachelorette Number 3 is a former star of Dallas, and current Townhall wingnut, Morgan Brittany.  Bachelorette Number 4 is "Movie producer of Runaway Slave ('A perpetual state of welfare exists in the U.S., creating a form of modern slavery for a large percentage of African-Americans...'), Hating Breitbart (Starring Orson Bean!) and Executive Producer of our PolitiChicks.tv studio shows, Beverly Zaslow." 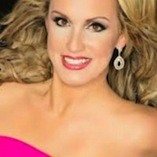 Next up is another fresh face here at World O' Crap: Scottie Nell Hughes, News Director for TPNN (the Tea Party News Network -- who knew?).  She's also a "writer for TownHall Finance & frequent Fox News political commentator."  Ms. Hughes, clearly a serious and accomplished journalist, appears to have been photographed as she was falling backward in her chair at some fancy fundraising dinner, yet all the while remaining poised and making determined love to the camera. 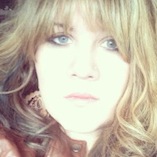 Our final Bachelorette is Tabitha Hale, who has taken time out from being a character in a Danielle Steele novel to join this distinguished panel of judges. Tabitha is "Managing editor of Rare.us, writer for multiple major conservative sites & social media queen."  And while all this sounds impressive on a purely professional level, Ms. Hale has valuable personal experience with objectification as well; if you check her Rare.us bio, you'll see that she was "recently named one of 'The 50 Hottest People in Online Politics“ by Business Insider."  So I think we can all agree that her qualifications for evaluating high-temperature ubermenschen are impeccable.

And yet, despite the fact that I had never heard of her before today, something about Tabith strikes me as somehow...I don't know...overexposed.

Anyway, let's hear how our lovely contestants were chosen:


Of course because we’re women of substance, our list requirements are based on:
#1. Intelligence. These guys are brilliant.
#2. Courage. They aren’t afraid to stand up to challenges, speak the truth and fight for our country.
#3: Passion (See above)
#4: Sense of humor. Self-deprecating gets you extra points.
#5: Looks. This can be either conventionally handsome or someone who simply exudes sexiness. 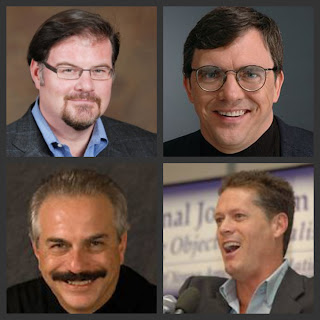 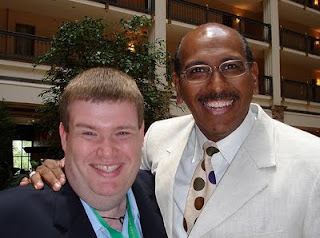 ...showing Stephen Colbert that it's perfectly possible to pose like this, and have it not look fuunny!

You know what?  I don't actually think I can make it through the entire pageant -- let's just skim the next few categories... 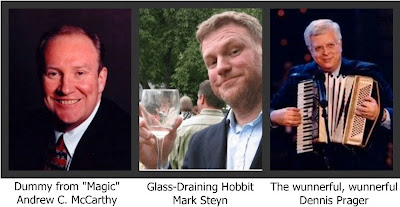 ...as well as Glenn Beck, the (Former Virgin) Ben Shapiro, and online crossdresser John Lott, all good, solid wingnut names. But Number 14 is the vaguely made up-sounding Dr. Dathan Paterno, whose inclusion on this list, I'm willing to bet, is due entirely to the intercession of Dr. Gina Loudon, with whom Dr. Paterno wrote a book.  (WO'C readers may remember the good doctor from this post, in which he advanced the theory that feminists don't like peanut butter and jelly sandwiches because they remind them of penis-in-vagina sex.) 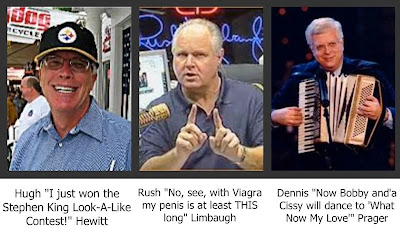 Along with the marquee names, though, is one that's new to me: Fingers Malloy. 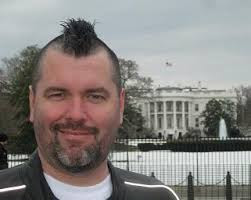 Okey doke, then. That last line seems to say it all... 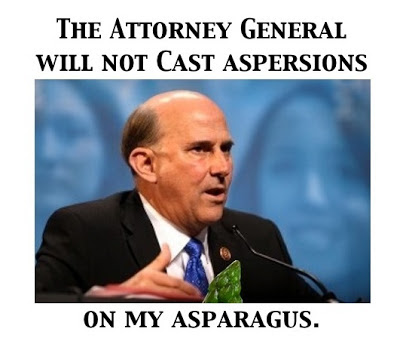 Email ThisBlogThis!Share to TwitterShare to FacebookShare to Pinterest
Labels: Concerned Women Are Concerned, Cult of Caricature

Doug Giles: Okay. I can see that. I mean, at least you know he's got a ton of hair product you can use after a one night stand with him.

Mark Steyn? Sure. If he buys you enough drinks could see how he might look "hot".

The rest of the bunch? Are you all fucking KIDDING ME? These are the "hottest" guys for conservative women?! REALLY? Pus Limbaugh, Doughy Pantload?! Hindraker?! John. Freaking. Hawkins?! REALLY!?!

Admittedly, you have a very poor pool of candidates to consider "Hottest" Conservative Supermen, but seriously? I feel like the "PolitiChicks" just went to Google and typed in "Conservative Men" and went from there.

"PolitiChicks"? If you ask me, LazyChicks is more like it.

Clearly, they love Gohmert for his intellect.
~

Granted, it was several weeks after he died, but post mortem question-and-answer sessions are a lot easier now that there's a Ouija app for the iPad.

If intelligence is a factor, how in the hell did Jonah Goldberg and Ben Shapiro make the cut?

I think they're the Control Group.

Clearly, they love Gohmert for his intellect.

Yeah, and Limbaugh for his self-deprecating humor.

I'm a ladyparts owner, so I can say this: in RL, those over-glossed professional Prom Queens wouldn't give any of these guys the chance to pry a stray Chiclet off the sole of one of their stilettos.

But like all beauty pageants, this charade is just plain nasty and mean. Just think how much better those poor doofs would look if *they* could wear sultry bangs covering 1/3 of their faces, or apply successive laminates of Estee Lauder or Bare Minerals, plus false eyelashes that could double as air conditioner filters -- and then have themselves photographed as their "judges" do, with filler lights, earrings, and fans to ruffle their swirling tresses.

But nooo, not in this dominatrix-dominated, man-bashing culture, where even one's supposed comradesses-in-struggle refuse to share a millimeter of cosmetics territory with a brother.

I laughed. I cried. I vomited copiously.

Sorry that I have missed so many brilliant posts this year, but regarding this line:

Brilliantly-phrased, perfect brevity, but obviously, you have never attended one of MY birfday parties... heh heh heh...