Pastor Swank may be retired, but that doesn't mean his spiritual advice is not still as fresh and steaming as the day he first loosed it onto the Internet. After all, if people still read Thomas Aquinas on the Epistles of St. Paul, then why not Swank on the Dead Kennedys? 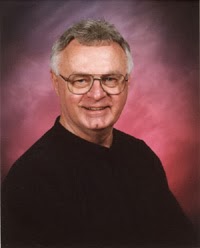 Sane people know for sure that this sphere is laden with crazy people and crazy situations.

It’s true, the inmates are running the asylum!  It’s a sort of autonomous collective — an anarcho-syndicalist commune, with the members taking it in turns to act as a sort of executive officer for the week.

True.  It took me two or three tries before I could even say “brain cancer” without cracking up.  I don’t think there’s been a wackier demise since Chuckles the Clown.

And I thought Bob Dole sold out when he did those Viagra commercials.

One becomes so utterly weary dealing daily with the nuthouse mortals throwing their power around that it becomes a numbing press upon the psyche. That in itself causes some of us moralists the leisure of simply overlooking for the umpteenth time the lunatic happenings that fill up our years here.

The good Pastor has made a good faith effort to deal with our dementia, but it’s just becoming all too much, and he’s seriously considering putting the country in a home.

Kennedy was one of the countless persons championing slaying boys and girls inside female bodies.

Granted, it’s not the Most Dangerous Game, but it’s still nice to get out of the house and into the womb, camping with your buddies, putting out your fetal decoys, sitting in your baby blind with your dog and your gun, sippin’ a beer and occasionally blowing on your Zygote Call.

I know that Barack Hussein Obama is like unto Ted. So is Nancy Pelosi. And therefore the bloody list winds out into eternity.

And once you’re on the bloody list that winds out into eternity, they will not stop spamming you.

But with all that as an hour-by-hour atrocity fact

moralists must once in awhile come back to the baseline which is to shout loudly that these creatures are bad. They are evil. They say that righteousness is wicked and wickedness is righteous.

They’re trying to tempt us into Hell with their clever wordplay.

It is heavy enough just to read their lambasting Israeli fruitcakes who thought themselves god let alone have to minister to the devil bent year after year.

Wondering if you’re one of the crazy personages who’s causing a numbing press upon the Pastor’s psyche?  Well, Swank has thoughtfully provided the previous sentence as an eye test chart for your sanity.  Read it through again –  if it still makes no sense, you’re probably okay.

Is there any wonder that Jesus wearied having to minister to the numb in head who wore clergy garb in the name of Jehovah? Thank God Jesus had only three years of public ministry. With enemies attacking His every holy deed, three years certainly was enough.

If they hadn’t crucified him, he definitely would’ve needed a nap.

That is why when liberals read this article they have fits. Their bodies twitch and their jaws drop to the dust. How can anyone type out a sentence stating that Ted Kennedy is a child slayer? How can any decent person even think of speaking such syllables when a man has just breathed his last?
Well, take it from me, it is indeed possible.

Pastor Swank has done the possible!

And not only possible but absolutely necessary in order to cleanse our thought patterns and speech cadences, let alone filter our souls of all that gradually attaches itself to up the mire.

“Up the mire?”  We used to call it “driving the Hershey Highway.”  These Mainers and their crazy New England dialect.

Get this: Ted Kennedy represents one of the most devilish categories of homo sapiens inhabiting God’s Earth because, for one, he could not say and do enough to increase the number of slaughtered womb children.

Listen: Pastor Swank has come unstuck in time.
Posted by Scott at 12:00 AM

After all, if people still read Thomas Aquinas on the Epistles of St. Paul, then why not Swank on the Dead Kennedys?
I read that and thought Swank is going after Jello Biafra?

this sphere is laden with crazy people and crazy situations

Enough of the passive constructions, Rev Swank! Tell us who laded the sphere!

I read that and thought Swank is going after Jello Biafra?

Well someone's gotta take that punk down a peg or two.

Better than shanked by Swank.
~

Swank retired? Now I am sad...

Thought patterns and speech cadences you say? Funny you should mention those...