So in answering the spam email from Doug Hill, Director of the Laissez Faire Club, I thought I was digging for laughs in a particularly dark, dank, and water-damaged sub-basement of the Deep Web. But it turns out that the Biblical Diabetes Cure is a known thing, at least to people to who know things, by which of course I mean s.z., who knows all, sees all, and/or can look up all on Google. She wrote:


The spammer clearly didn't do his market research, because instead of trying to sell you Daniel's Secret Diabetes Cure, he should have tempted you with "BEDROOM SECRET #13: 3 secret nuts turn you into a tiger in the bedroom. Titillating research from the International Journal of Impotence Research shows it’s possible to thrill her with pants-bursting erections without resorting to drugs." And it, along with the cure for cancer, another cure for cancer, a cure for heart disease, and a bunch more cures for cancer, is all in "The Little Book of 77 Censored Bible Cures." Or something like that. Anyway, here's the link.

So I followed the link, and discovered the following "HEALTH SHOCKER":

You might wonder who owns the researcher who fetched this bizarre rumor. It's "Brad Lemley, Chief Health Officer, Brad Lemley’s Natural Health Solutions", which appears to be a subsidiary or tributary or dangling participle of Laissez Faire Books.


He showed me an alternative treatment that was taking the diabetes world by storm …
A radical new approach (inspired by page 1117 of the King James Bible) that enables you to cure type 2 diabetes without any of the traditional methods.
...
This researcher showed me story after story of everyday Americans using this secret to return their blood sugar back to healthy levels…

And effectively begin to cure themselves of type 2 diabetes in as few as 3 days…with a reported success rate of nearly 100% when done correctly.

Mary H from Toronto, Canada, in less than a year, completely transformed her health with this biblically inspired treatment.

After a lifetime of failed diets and diabetes complications, she turned to “Daniel’s Diabetic Miracle" with her doc to lose over 65 pounds cut 6 inches off her waist and get completely off her type 2 diabetes medications!

Okay, this sounded a little too good to be true, so I did a bit of digging, and guess what? It's even more amazing than it originally seemed, because Mary from Toronto managed to lose 65 pounds and 6 inches and cure her diabetes, all while pursuing a busy career as a stock photo model! 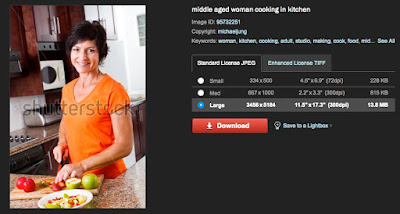 But to heal a whole host of other ailments.

Including vaginal dryness, which he didn't even know he had!

"I went back to my doctor. After bloodwork, he babbled like a child with a new toy. He was beside himself with astonishment: "It worked!"

And the best part of the story? Sean pulled off a whole host of ailment-healing, all while doing his taxes! 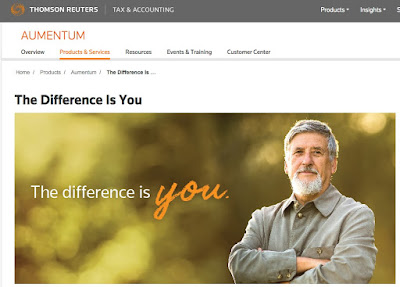 No...the difference is you, Sean!


So how in the world could there be a cure for this treatment buried in ancient scripture written over 2,500 years ago?

Probably in the same way The Omega Code claimed the Bible is actually a three-dimensional computer program that only makes sense if you read it on the Holodeck, and that's impossible because Picard is always gadding about in there dressed up as Robin Hood or some crap.


And, if this biblical treatment is so effective, why you haven’t you heard of it?

Because it's on page 1117! Who even gets that far in the Bible? In fact, God probably hid it there just to test us. So if you've got diabetes, you probably nodded off in Sunday School; if you don't, then you're either truly devout, or you've spent a lot of time in motels with poor TV reception.


My name, by the way, is Brad Lemley…

Ooh, a piece of cheese! Imagine the decadence!

Bible Turning almost 100 years of Diabetic Dogma on its Head?

The first thing you need to know is this:

In fact, entire medical clinics are popping up all over the world dedicated to using this principle to naturally defeat this 21st century plague. In addition to being a Teutonic pop-up hospital dedicated to the replacement of insulin therapy with bible verses, Buchinger Clinic has an identical twin famous for its pest control problem. 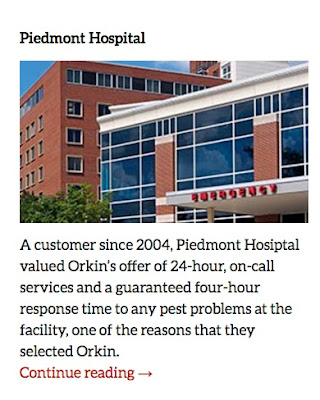 These medical clinics have discovered that by using biblically inspired principles many people are naturally healing themselves from type 2 diabetes.

Being a doctor, Mike had nearly every drug at his disposal…

And in his system.


"I’m not a religious person but I do believe that the world’s religions have a lot to teach us. [Daniel's Diabetic Miracle] is the first thing I’ve come across that I genuinely believe if everyone took up it could radically transform the nation’s health.”

Well, it's getting late, there's about three feet more of this web page to scroll, and I haven't even gotten to the Cancer Beaters, Heart Disease Cures, or Bedroom Secrets, so I think we'll leave it there for now. And remember: if you want to avoid "Raging fungal infections" and "Amputations", talk to your local Stock Photo Model and see if page 1117 of the King James Version is right for you.
Posted by Scott at 12:50 AM

This is amazing. And by "amazing," I mean "I'd like to do some serious damage to the mofo who sent this spam." I have a patient in the hospital with Fournier's gangrene (look it up) brought on by his totally uncontrolled diabetes; I wish he'd tried Daniel's miracle cure. I'm sure it would have prevented this tragedy. (cough)

You'd think that page number would have to put this misunderstood miracle cure somewhere in the New Testament. Except that a quick web search on "daniel's diabetic cure" reveals that this amazing, super-sekrit, you'da never thunk it a bazillion years prescription is detailed in Daniel 1:8-16. (So I'm guessing Douglas' KJV Bible is the 250-plus volumes, visible-from-L.E.O. print edition. With lots of full-page illustrations.)

Short version: Daniel drank nothing but water and ate nothing but lentil soup for ten days, and was healthier than the courtiers who gorged themselves on wine and those rich Babylonian tidbits! Imagine that.

Strangely, it seems like that passage would be pretty hard to misunderstand. I guess you could quibble over exactly what vegetable is signified by "pulse" -- lentils, beans or peas -- but overall it looks fairly straightforward. And I'm really perplexed over how some simple dietary advice became one of the "most controversial passages" in the Bible.

I'm really perplexed over how some simple dietary advice became one of the "most controversial passages" in the Bible.

Perhaps because we're so accustomed to Surgeon General's warnings and drug company disclaimers, it seems a little suspicious that the Bible never mentions the, ah, pneumatic side-effects of an all-lentil diet.

I guess it's yet another sad example of somebody making inflated claims for something ....

The Neil Diet, as seen on TV's The Young Ones!

Well sure, but if it made sense, or actually helped in some way, it would just be a treatment, not a miracle!

Not that this inspired massive amounts of confidence anyway, but the fact that it cites a page number in the Bible induces a certain amount of skepticism. That's the sort of thing that freshman composition students do (along with "according to the dictionary..."). Then again, maybe it's just marketing savvy: if you refuse to give chapter and verse, people, having won't be able to figure out what you're refer to, in which case they might find the secret diabetes cure and use it without give you money, and THEN where would we be?

We have always looked to the ANCIENTS for mention of basics that help man survive chronic illnesses. Whether at MIT or Beijing Christian University of Hong Kong, good physicians return to the BASICS. Trying is a step toward reprogramming your defective food intake. Today's foods are Big Business for power corps that pay megabucks to the Lobby, Congress, and Government Agencies to keep their unnecessary products on Main St. USA.

Sean C. has vaginal dryness? He probably didn't know because he probably does not have a vagina? Hmmmm....