My friend and co-host on The Slumgullion, Jeff Holland, has been cheating on me with another podcast -- a fun little side project he cooked up called The Writers Block, which I like to describe as "Storytellers telling stories about storytelling." 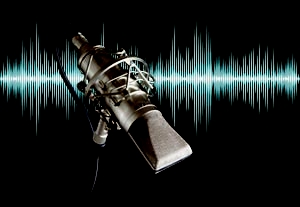 Recently, Jeff invited me to appear on the second episode as a guest, which was exciting, partly because he had to be polite to me and let me use the nice towels, but mostly because I got to share the mic with the multitalented Larry Blamire, playwright, screenwriter, and director of brilliantly funny films such as Lost Skeleton of Cadavra, Dark And Stormy Night, and Trail of the Screaming Forehead.

Check it out; it's brief, but packed full of insights and outrages.

What happens when Jeff gets to talk to the writer/director/star of several of his favorite films? He turns into a babbling idiot. Thankfully, his Slumgullion co host Scott Clevenger is there to ground him and ask some intelligent questions.

Strap in. This one’s a lot of fun.

Email ThisBlogThis!Share to TwitterShare to FacebookShare to Pinterest
Labels: Now a word from our sponsor, Podcasts

Damn, that's one high class podcast there, using a U87 and all.

Our podcast spares no expense!...in filching vaguely misleading clipart from the Internet...