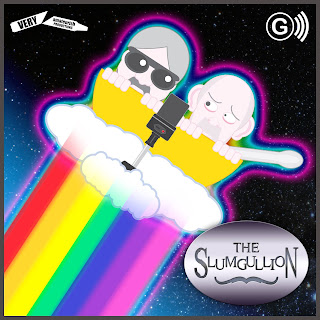 I'm driving the bus this episode, and in the grand tradition of comic book supervillainry, it's made me go MAD with POWER! Fortunately, Mary is there to give me marital side-eye when things threaten to get out of hand, and we're joined by the same panel that suffered through Batman v. Superman -- Indy McDaniel, Blanche Ramirez, and John Szura -- because this week's Unknown Movie is BvS's non-evil twin, Captain America: Civil War.

In between there is much chat (come for the Disney snuff films, stay for the luchador proctologists), an unexpected musical, and two post credit scenes.  Click on the title below to check it out.


The Slumgullion Episode 8 “Make Mine Marvel”

Music by James Barkley and the Mormon Tabernacle Choir

We begin with Jeff and Scott discovering the true reason behind the technical difficulties of late. Then, live from an abandoned building in upstate New York, Indy, John, Mary, and Blanche join Scott for the usual fan geeky chat of Act 1 then, after a surprisingly appropriate musical number, they dive into Captain America Civil War.  Where is Jeff, you may ask?  Where indeed.

NOTE:  You might want to make sure you listen to the whole episode.