Happy Birthday, HeyDave! I Bring You the Gift of FIRE!

Today's the natal anniversary of longtime Crapper, rugged Plainsman, and rough-hewn son of the Chicago railroad yards, Heydave (insert Walt Whitmanesque yawp here). In remembrance of the moment he emerged, squalling and gooey from his mother's loins, or Zeus's forehead, or wherever -- I don't have every petty little detail of his birth at my fingertips, although I stand by the gooey part -- Southern California has turned into an unsafe and insane firework -- possibly a Glowworm, or perhaps a Smokey Joe. Anyway, we're aflame, and ashes are falling from the sky, so after you wish HD a very happy birthday, full of fun gifts, tasty cake, and perhaps an adult libation or two, you might want to run to your local church and repent. But hurry, because ours is already swathed in brimstone... 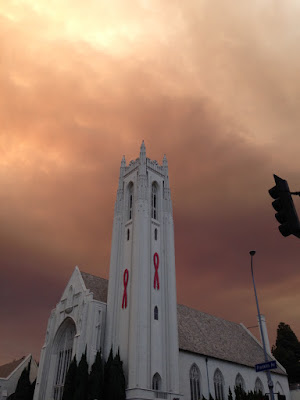 If I didn't know there was a fire burning, I'd think this was a bad optical effect from a mid-80s horror film.

The ash was thick in the air and we were advised to stay indoors, but I wanted to photograph this phenomenon for pretty much for the same reason people in small towns used to follow the fire brigade and watch their neighbor's house burn: because TV hadn't been invented yet, and even when it had, your wife was monopolizing it to watch Bones reruns on TNT. 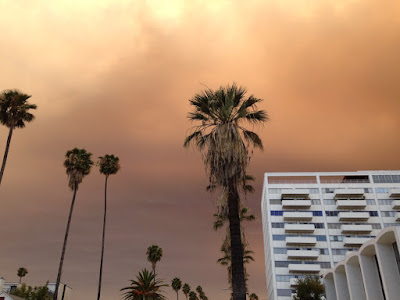 So I wandered around with my phone, and not only got a few decent shots, I think I also gave myself Black Lung. 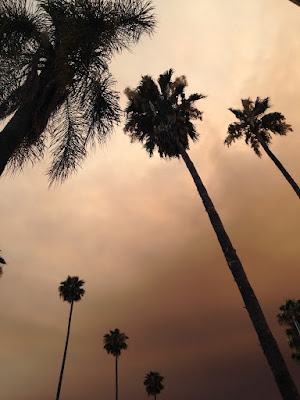 It occurred to me that these crispy, desiccated, century-old palm trees were just waiting for a spark to come along and turn them into blazing tiki torches, so I went to buy rum, just in case. 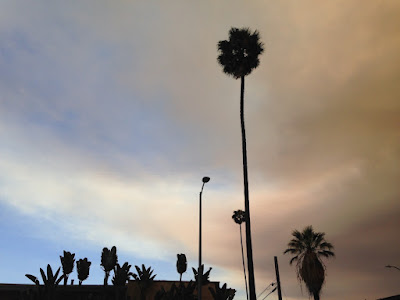 In Fig. 4 above, you can see exactly where blue skies met brown, in what would have surely proved to be a very confusing sight for Irving Berlin. 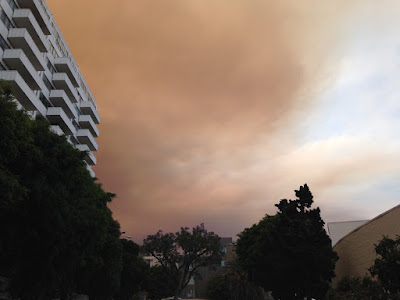 I bet people living in those upper apartments felt like they could almost reach out and touch the Apocalypse! Lucky ducks...

Eventually, Hollywood was entirely covered with a ceiling of smoke and ash, which was terrifying, but more scenic than that acoustical cottage cheese stuff we've got in the bedroom; 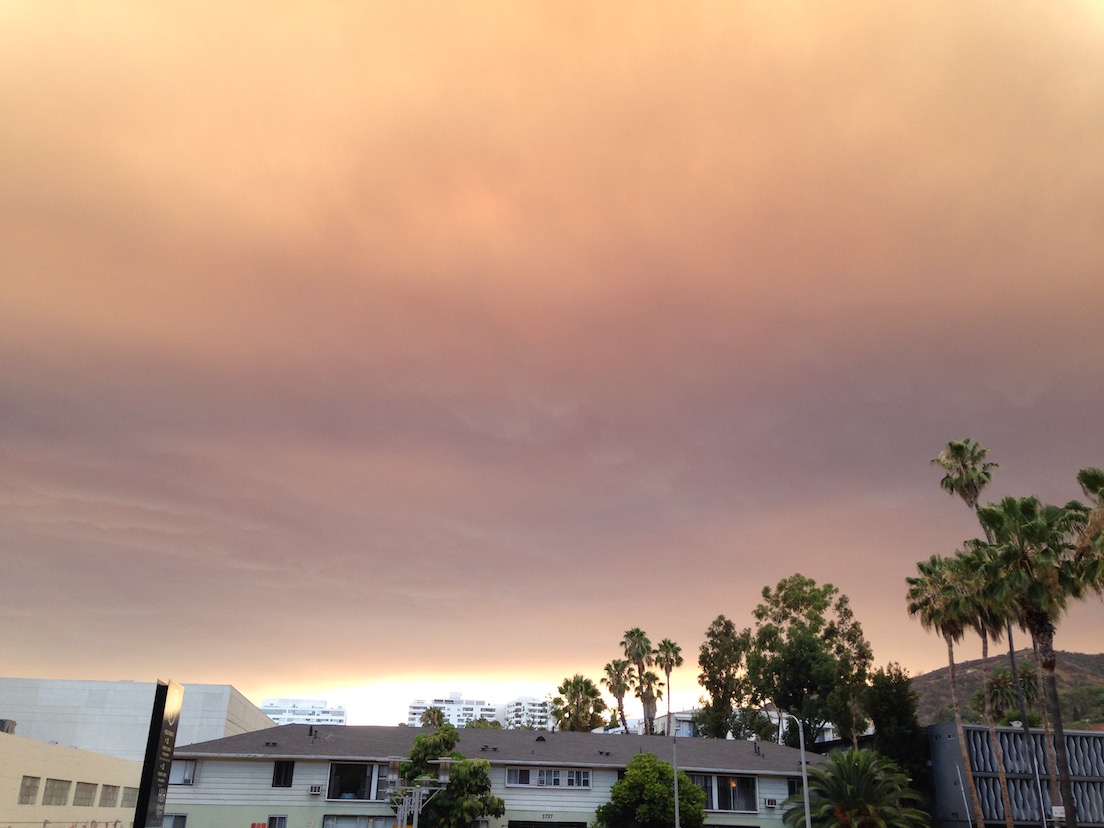 And sure, that was bad enough, but then there was the whole question of what do we do about... 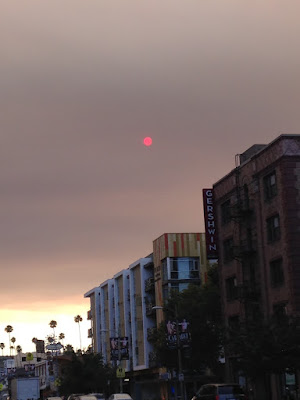 Blood on the Sun! (As the ancient Native American fetus shamans tell us, a Blood Sun foretells famine, earthquake, or a new Adam Sandler movie on Netflix.)

[Note: I started this post yesterday, while the End of the World was still in progress, but apparently the wind shifted during the night, or Idris Elba succeeded in canceling the Apocalypse, because today it's nuthin' but blue skies.]

Anyway, here's hoping Heydave has a wonderful birthday, and that his local cornfields are not currently ablaze. I like to customize the Sexy Birthday Lizards, but there don't appear to be a whole lot of four-legged reptiles indigenous to Iowa. However, a Northern Prairie Skink has agreed to pose for Dave's party, so long as doing so does not require it to stop tasting the photographer: 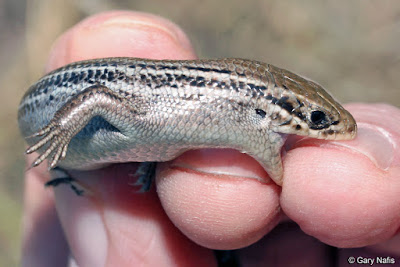 And for the traditional glamour shot, here's vintage Hollywood doll Gloria Saunders doing a thing that it seems like you might do in Iowa if nobody was looking, although probably not in those shoes: 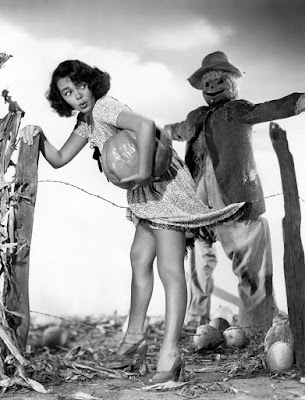 Happiest of Birthdays, HeyDave! Hope you don't find yourself in a vacant cornfield with a scarecrow standing ominously behind you, anytime soon!

Did someone mention fire

Damn, but does it look like TEOTWAWKI in Southern California. Me being the jackass I am, I doubt I could resist the urge to shout "What a day! What a lovely day!" while driving.

Looks like a helluva candle Scott got for you there. Gonna need bigger lungs to blow that out.

Blood on the Sun foretells famine, earthquake, or a new Adam Sandler movie on Netflix

Or it could mean there's a vintage James Cagney/Sylvia Sidney flick on Turner Classic Movies. We can only hope ...

Hey Dave, Happy Birthday to probably my fave Dave.
Stay away from that lighter, kid, - you never know what you may be starting. A great year lies ahead - Hillary promised.

Happy Birthday, Dave (a week late, sorry!!) - Hope you're still telling everyone to FCK OFF!! ;)