Harry Potter and the Crappy Analogy

William A. Levinson is new to me, but he's apparently been writing at American Thinker since at least April, bringing his expertise as a Professional Engineer to the culture and political problems of modern America.  And like Father Amorth, he believes there are hidden messages to be found in the Harry Potter canon, although not necessarily from Satan, or your yoga instructor.

Anyway, let's whet our appetites with a quick squint at his bio:


William A. Levinson, P.E. is the author of several books on business management including content on organizational psychology, as well as manufacturing productivity and quality.

Okay, now I can't wait to read his insights on YA literature.


Harry Potter and the Islamization of America

The success of J.K. Rowling's Harry Potter series is due largely to the fact that the story contains elements for sophisticated adults as well as teenagers.

I suppose children can enjoy the stories on some level too, but most of the people I've seen reading Harry Potter books were sherry-sipping adults wearing boiled shirts and spats.


The latter can enjoy the magical creatures and battles between wizards, while older readers and viewers can relate to the very real historical events that apparently influenced Rowling's writing. The series' theme is anything but fictional because it happened once and it is happening again.

Crap, you mean we're going to have to live through the Goblin Rebellions of 1612 again?  I'd better have Jeeves pour us another round of Oloroso.


Britain's experiences prior to and during the Second World War seem to have influenced Rowling's writing significantly. Her characters believe that the First Wizarding War had ended the menace of Lord Voldemort forever, while the First World War was purportedly the war to end all wars. The First World War also maimed an entire generation of European manhood

Wow.  Jake Barnes had a lot of company.


The racial policies of Lord Voldemort and his Death Eaters make them obvious stand-ins for Hitler and Nazis despite the implications of Godwin's Law.

Right.  Say, Engineer Levinson, you do realize that Harry Potter is a 4,000 page book series, and not a Usenet thread, right?  Meaning, Godwin's Law doesn't really apply in this case, because I don't think it's actually possible for Jo Rowling to lose an argument she's having with herself.


(Rowling is in fact on record as saying that she modeled Voldemort with Hitler in mind.)

Ah, so she's confessed to breaking Godwin's Law.  I'm sure an Auror, or at least a Moderator, will be along shortly to take her into custody.


The former regard only pure-blooded wizards -- the magical world's counterparts of Aryans -- as equals. A "mudblood," or a wizard with a non-magical parent, is to them an Untermensch (subhuman) whom they are free to abuse or even kill. The movies include Gestapo-like enforcers who bring people in for questioning about their genetic purity, and elimination if they do not meet the standards. The same agenda applies to Muggles or non-magical people.

That certainly paints an awful picture.  And wouldn't it be ironic if, only a few paragraphs later, you used Rowling's allegory on the horrors of racial profiling to argue that Muslims are inherently violent, dangerous, and a threat to society?  But c'mon...what are the odds of that happening?


Minister of Magic Cornelius Fudge is meanwhile the obvious counterpart of Neville Chamberlain ... Albus Dumbledore, who recognizes Voldemort as a threat from the outset and is ridiculed as a result, is the counterpart of Winston Churchill.

Despite this obvious comparison, President Obama removed the bust of Albus Dumbledore from the Oval Office.


The comparison of Voldemort to Hitler can be taken only so far because the First World War was not started by Nazis or even by Imperial Germany.

There's nothing like watching a Professional Engineer construct an argument.  Well, it's maybe a little like walking in on my 5-year old sister as she was trying to assemble my Mousetrap! game, but otherwise -- sui generis, baby.


What is far more important is the parallel between the denial in Rowling's stories, the denial that preceded the Second World War, and today's denial of the menace of Islamization. This makes Harry Potter a good teaching tool for teenagers and young adults. It's a fictional story, but it is also the story of something very real that took place more than 70 years ago as well as things that are happening in the world today.

So Harry Potter is a fictional version of "Islamization," which is what you'd get if The Protocols of the Learned Elders of Zion was non-fiction?


Dolores Umbridge is among the more memorable villains of the series. She threatens to punish any student who talks about Voldemort, and she punishes Harry Potter for insisting that he has returned. Umbridge's real-world counterparts abound in European countries, universities, and even the U.S. Government. They punish or ridicule as an "Islamophobe" anybody who depicts militant Islam as a menace to Civilization.

So Voldemort is Hitler, who was evil because he falsely painted the Jewish people as the enemies of Christian society, and oh, by the way, have you heard the Muslims are out to destroy Civilization?  And all of it, too, not just the game by Sid Meier.


Danish Member of Parliament Jesper Langaballe [sic] for example pled guilty to hate speech for saying accurately that rape and honor killings are frequent among Muslim families. "Under Danish jurisprudence it is immaterial whether a statement is true or untrue. All that is needed for a conviction is that somebody feels offended."

Actually, according to Langballe's own apologia, what he said was, "Of course Lars Hedegaard should not have said that there are Muslim fathers who rape their daughters when the truth appears to be that they make due with killing their daughters (the so-called honour killings) and leave it to their uncles to rape them."

Whether these remarks are criminal under Danish law is something best left to a Danish court (although I will note that while Harry endured daily torture and mutilation rather than retract his statements about Voldemort, Mr. Langballe pre-empted his trial by confessing), I think it's safe to say that Rowling's "Churchill," Albus Dumbledore, would consider them criminally rude.

The once-respectable Anti-Defamation League (ADL) has meanwhile joined the ranks of politically correct thought police and mind guards. The Daily Prophet denounced Harry Potter as "the boy who lies" for testifying accurately that Voldemort murdered one of Harry's classmates while ADL has similarly denounced Robert Spencer and Pamela Geller of Stop Islamization of America (SIOA) as Islamophobes. "The organization, led by Robert Spencer and Pamela Geller, warns of the encroachment of Shari'a, or Islamic law, and encourages Muslims to leave what it describes as the 'falsity of Islam.'"

I'm having a bit of trouble following along here, Engineer Levinson, maybe you can walk me through it.  Hitler made false claims about the Jews (such as "He has never founded any civilization, though he has destroyed civilizations by the hundred") and tried to exterminate them in the interests of Aryan supremacy.  Voldemort and his henchmen also trafficked in lies, and murdered and imprisoned vast numbers of people in the service of some demented notion of racial purity.  They're the Bad Guys, right?

Spencer and Geller (and Langballe, who said, "Islam and Christianity cannot be reconciled. And they haven't been able to during the 1500 years that Islam has been in existence. I see the religion Islam as a threat to any society where it settles"), claim that Islam is a false religion which seeks to destroy our civilization.  And they're...the Good Guys?  Or am I confusing them with that defunct chain of West Coast consumer electronics stores?


A phobia is an irrational fear of an imaginary danger. This video from Hamas says "we will annihilate the Jews," speaks of becoming "masters of the world," and later talks about "laying the cornerstone for the ruling of the world by an Islamic leadership."

Right, but if just claiming you're going to become "Master of the World" means that it's true, shouldn't we already be ruled by Fu Manchu, Ernst Stavro Blofeld, Dr. Clayton Forrester, or Vincent Price? 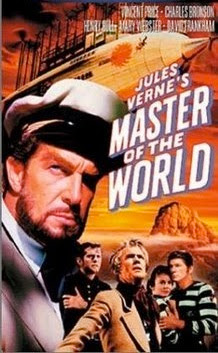 The last ideology that talked about annihilating Jews and ruling the world meant every word it said, and it killed about forty million people (including about seven million of its own in the end) before the civilized world stopped it.

And the best proof of this serious, real world, existential threat to the free world is this series of children's books about a Boy and His Wand.


Voldemort at least had the good sense to conceal his existence as long as possible, and Hitler also pretended to seek peace to put the rest of the world off its guard.

Yep.  If there's one thing you can say for Hitler -- he was subtle.


Militant Islam on the other hand makes no secret of its agenda, and it even calls the non-Islamic world the Dar el-Harb: the House of War. When somebody calls you a harbi (enemy), it is generally a good idea to take him at his word and treat him accordingly.

Point a stick at him and bellow "Expelliarmus!"


The Harry Potter series also addresses a widespread unwillingness to call the enemy by name. Even Voldemort's enemies usually call him "He Who Must Not Be Named,"

Because "Ultraman," "Miss Congeniality," and "Master-Blaster" were already taken.


The Ideology That Must Not Be Named has declared openly its intention to destroy our civilization, freedom, and way of life. It also has a name, and that name is militant Islam.

Just don't say its name five times into a mirror, or you'll wind up covered in bees.
Posted by Scott at 12:20 AM

Email ThisBlogThis!Share to TwitterShare to FacebookShare to Pinterest
Labels: Atlas Shat, Can I Peek Under Your Hood?, Culturehideen, World O Crap Book Club

Remember how Hitler demonized his opponents by noting their similarities to Hitler?

Wait, what about the one ring to rule them all? I mean, surely (!) you've got to find some additional useful analogies to pull outta yer ass to make your case.

So, by combining the last two posts, I can only conclude, using geometric logic and rectal sourcing, that the Devil will kick Islam's ass! Go Satan!

Still, this leads me to wonder what they think of Darth Vader.

What is Stuart Smalley doing writing at American Thinker? And when did he go batshit insane?

What Engineer Smalley doesn't realize is that kids, the primary audience for Pottermania, wouldn't recognize any of the symbolism he tries to slather onto the series. They live in Literal Land, literature-wise. E.g., when I asked my then-eight-year old what he thought the books meant, he said, "It would be cool to be the best wizard in the world." I couldn't disagree.

It is hilarious that he thinks simply saying "I'm not Godwinning anything just by invoking Hitler inappropriately" mitigates what he said. And his comments about Harry Potter are so timely! Only 14-odd years too late, which I should admit is pretty good for a man stuck in 1951.

I wonder if conservatives know how paranoid it makes them sound when they invoke the cliche "thought police"? Ironic that he goes on to define the word "phobia" after engaging in overt political paranoia.

heydave --> Didn't the "Deathly Hallows" include the 'one wand to rule them all' ?

Which branch of Islam is the "Militant Islam" denomination ?

One of my peeves is how right-wingers think that Churchill was the only Englishman who opposed Hitler, when the opposition to Hitler in England was led by the Labor Party and unaffiliated liberals. Churchill was merely the only Conservative who wasn't a Hitler-fluffer. Also, he opposed Hitler because Hitler was German, not because of any concern about Nazism.