Time Once Again for "Goys on Toys!"

"Most Texans think Hanukkah is some sort of duck call." -- Richard Lewis

Breaking with our tradition of spending the Twelve Days of Christmas highlighting crappy (and oftentimes, crapping) toys, this year we decided to provide Equal Time to Hannukah; and thus we conclude our survey with perhaps this season's hottest gift: 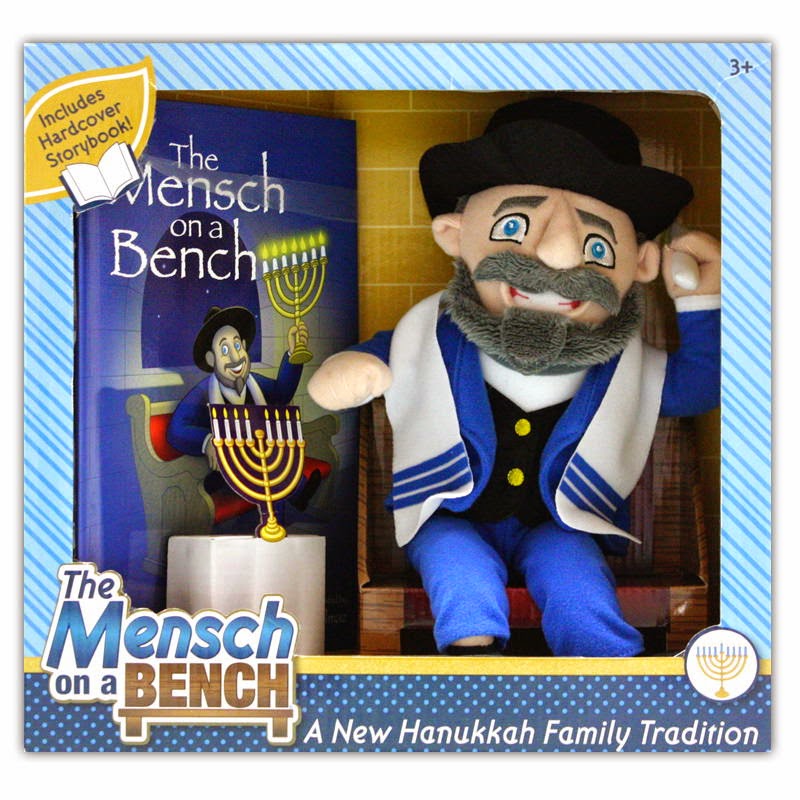 The Mensch on a Bench!

We're a little bitter toward creators Neal Hoffman and Necdet Yilmaz, because they submitted this idea to the reality show Shark Tank before we could approach the maneating marketers with our own (admittedly similar) idea, "Alter Kocker on a Locker."  We'd challenge them to step outside to settle this, but we're pretty sure Necdet Yilmaz is a Klingon, and would probably fillet us with his bat'leth, so we're forced to fall back on our idea for a holiday product targeted at the Tea Party and militia types, "Palin on a Railin'." Unfortunately, this doll only really works if you have stairs in your house, and market research shows that our demographic prefers ramblers and double-wides.

Anyway, like the Pagan -- sorry, the Christian -- "Elf on a Shelf", the "Mensch on a Bench" also has a list of rules one must follow when deploying the doll.  (I'm beginning to think this whole Elf and Mensch thing is kind of a rip off of Gremlins.)

Like the Elf, the Mensch regulations require that one constantly move the doll, otherwise it's sciatica kicks in and it will be weeks before it can kneel at prayers.

Another rule involves giving the doll a Shamash Candle (which is always lit) to hold. Frankly, I think the creators of this "cute" Hanukkah tradition just want to watch the whole world burn, so if you get one, maybe play it safe and seat it next to your Batman plushie.

Email ThisBlogThis!Share to TwitterShare to FacebookShare to Pinterest
Labels: Happy Holidays, maryc's reactions to everything

This could be the start of a whole line of products:

Schlemiel on a Wheel (Unicycle included)

Schmuck on a Duck

Mohel on a Coil*

* Okay, you try coming up with a rhyme for that one!

We got the Shmutzy Girl place setting last year...