I spent weekends with my dad, who in the 1950's was employed as a union motion picture projectionist. My mom worked on weekends for the Bell System and they couldn't afford a housekeeper. What the hell?

1) Watching for the "burn" in the upper right-hand corner and giving dad the shout-out (he was very skilled so didn't really need the advice);

2) Selecting the playlist of 50's singles to spin during intermissions or between shows. 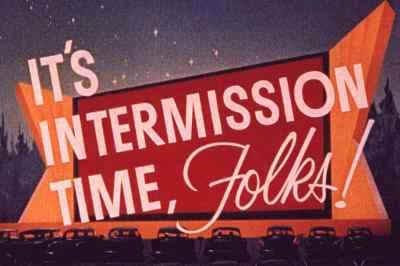 How cool is that? DJ at age 5? I still recall the unique smell of the lighting systems from the projectors and how marvelous and fascinating this machinery could be at my tender age.
Saw lots of pictures from the little window in that booth, but my favorites were the Warner Brothers cartoons, particularly the Road Runner. Readers, if you have never witnessed the fall of an "Acme" anvil onto Wile E. Coyote on a 40-foot screen then you have not really experienced movies as they were once exhibited.

There was a Disney cartoon, a one-reeler that both me and Dad would watch through the projection booth windows. It's a comment on the Franco regime in 1938 and was in circulation for some time after WWII.  Despite winning the Academy Award for Best Short Subject (Cartoons), Disney eventually withdrew the film, possibly due to criticism about how these Spaniards are portrayed -- as bullfighters. The bull in question is actually quite nice.

[Scott says:  Fans of Mystery Science Theater 3000 may recall that in The Unearthly, ubiquitous character actor Arthur Batanides recites the plot of this cartoon to a gun wielding Tor Johnson, but does kind of a half-assed job of it, and Tor registers his negative critical judgment by popping a cap in Artie's half ass.]

From the magic of YouTube, I present to you the lovely and lovingly-drawn cartoon Ferdinand The Bull. And please comment, because I've always wanted to know if others thought Ferdinand was not only a Loyalist sympathizer, but perhaps also a "Friend of Dorothy's"

I love the cartoon.

But my gaybulldar is not much more in tune than the regular one. I suppose Momma Cow is worried about her potential grandcalves...
~

Keith writes: I still recall the unique smell of the lighting systems from the projectors

Carbon Arc, yeah? Got to smell a lot of this in the printing industry (both litho platemaking and screen print screenmaking used the carbon arc for exposing the light sensitive emulsion of which both consisted).

I remember this from kidhood. Until now I never dreamed it had anything to do with the Spanish Civil War.

It can be hard to know about portrayals of gayness in earlier American pop culture. In some 30s comedies you see little vignettes of haberdashers, headwaiters, etc. that are, to an adult, recognizable humorous asides about effeminate gay men. They're no more marked or emphasized than the ethnic joking of the period was, and apparently offered in the same spirit, as part of a traditional theatrical repertoire of humorous types that were good for a gag.

Was Ferdinand the cartoon not aimed at kids? Was it common knowledge among adults at that time that it was a political metaphor? If it was, then it seems unlikely that the studio would have purposely burdened their Loyalist symbol with intimations of unmanliness, even as a for-adults joke.

Looking at the original illustrations by Robert Lawson, I think maybe the Disney artists just emphasized the cartoony humor of Ferdinand's sweet, pacific nature being impervious when all around him are going nuts. And being so big and strong, he has no need to even think about being defensive. In many ways they followed Lawson's art pretty closely, as the book was so popular. Lots of interesting historical-cultural stuff to ponder here.

As Li'l writes, before Ferdinand underwent the Disney treatment, it was a popular children's book by Leaf Munro with illustrations by Robert Lawson, which Wikipedia tells me was published nine months before the outbreak of the Spanish Civil War.

That the book was an advocacy of pacificism is not at issue, like many children's books it was; but whether it was intended to address the Franco situation.

It may just as well have been a searing indictment of the cruel nature of bullfighting, which consisted of torturing an animal for hours and then having a matador finish him off after he was so bewildered he could barely stand.

It's definitely peddling a pacifist message which, as Chris notes, is hardly unusual for children's literature. Nor was it a particularly controversial theme for any medium in the inter-war years. But I wouldn't call it an anti-corrida tract, since Ferdinand's passive resistance is only possible because he's left alone by the tantrum-throwing toreros, rather than getting lanced in the neck by picadors or pierced with banderillas until he looks like an enraged shrimp cocktail.

But even though the source material predated the Spanish Civil War, Disney wasn't above inserting a bit of social commentary on occasion, and there wasn't the same widespread assumption back then that popular entertainment should remain staunchly apolitical. In any case, given that Guernica had been bombed a year and a half before the cartoon's release, and the war itself was still dragging on, I bet plenty of viewers made the connection, regardless of what the animators intended.

As for whether our hero should be read as an FOD, I'm not really sure. Li'l makes a good point about the dependence on stock characters at the time, but Ferdinand seems rather quiet and oblivious, whereas the actors who played stereotypically "gay" roles in the Thirties seemed to emphasize exasperation and fussiness.

Yeah, Scott, that's fair. There was nothing overt about "Ferdinand", at least not in the sense that Warner Brothers cartoon division gave us with "Bugs Bunny Nips the Nips" which I imagine was played just before James Cagney's "Red Sun" in theaters. It was a time of great madness.

My only comment was about the genesis of the piece, which the guy who wrote claims was simply a childrens' story.

It's worth pointing out that Tolkien says the same thing and look at the hidden agenda they pulled out of his piece.

He thought he was just writing a story.

YOu had the coolest dad, man.

I never knew there was a cartoon adaptation of the book. Thank you for linking to it.

The book was (still is) one of my favorite children's stories. It wasn't until I started reading it to my own kids that I noticed that every illustration that's about bull fighting has one or more vultures in it. Now that's some pacifist commentary.

Keith, thank you so much for that look into your childhood, but extra thanks for the "Ferdinand The Bull" short.

The first time I ever ordered a book from the Scholastic Book Club (or whatever it was called back when I was in first grade), was Ferdinand the Bull and it came with a little 45 rpm record that told the story. I loved it so much!

Thanks for helping me relive a bit of my childhood.