Demi Moore's Breast Implants Were Made of C-4!

Okay, if you haven't read the clever and funny New American Slogans in the comments to this post, I urge you to check them out.  They are mint-worthy mottoes that are suitable for engraving on coins, paper currency, Great Seals, license plates, and those yellow "Piso Mojado" sandwich board signs on freshly mopped marble floors.  And don't forget to add your own!  After all, This Land is Your Land®, for a Limited Time Only, at Participating Dealers.  Offer Void in Utah.

Also, this is Day 3 of our World O' Crap Beg-A-Thon.  If you can, please consider making a donation (guilty explanation here).

Meanwhile, in the War on Terror, Florida Republican Allen West believes that America will remain safe and secure from attack only so long as Demi Moore is wearing a Water Bra, or something like that.

Many people were surprised -- relieved, of course, but nonetheless surprised -- that a massive terrorist attack did not coincide with the tenth anniversary of September 11th.  As we now know, such a disaster was averted only because in 1997, brave members of the U.S. military tortured vital information out of Al-Qaeda's Number Two, Demi Sheikh Moore.


Republican Rep. Allen West (Fla.) cited the movie “G.I. Jane” while defending the use of waterboarding as a military tactic Monday, saying the controversial practice has yielded useful intelligence.

If torture is a "military tactic," then why isn't it an option in "Risk"?  ("Whoo hoo, I rolled a 12!  Sorry, Billy, but I'm taking Irkutsk and crushing your testicles with a vice-grip.")  Still, you learn something new every day.  I never watched the Saw films, but I assume when the creepy mask came off, Jigsaw turned out to be Sun Tzu, or Ender Wiggin. 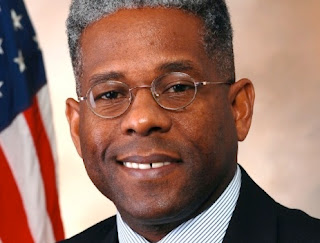 [Fig. 1:  Taking a tip from beauty queens who employ professional pageant consultants to coach them on poise and deportment, Rep. West has spent the past few months working on a trademark smile -- the Dead-Eyed Grimace with Perfunctory Half-Smirk -- under the tutelage of former Vice President Dick Cheney.]


"The president is the benefactor of a lot of information that came from waterboarding," said West on Fox News. "Furthermore, in the movie ‘G.I. Jane,’ Demi Moore was waterboarded and we do that in military training; in survival, escape and resistance training."

I had no idea that SERE training involved drowning Demi Moore, but as someone who sat through Charlie's Angels: Full Throttle, I can't say I'm surprised.


The congressman, who served in the military for more than two decades, rising to the rank of lieutenant colonel...

But then he read the handwriting on the wall and realized he had pretty much peaked at the military equivalent of District Manager, and was never going to make it to Regional Supervisor due to that trifling incident where he plunged a cashier's hand in hot frying medium when she came up short on her register count.


While serving in Taji, Iraq, West received information from an intelligence specialist about a reported plot to ambush him and his men. The alleged plot reportedly involved Yahya Jhodri Hamoodi, a civilian Iraqi police officer.  West, who was not responsible for conducting interrogations in Iraq and had never conducted nor witnessed one, had his men detain Hamoodi.  In the process of detaining Mr. Hamoodi, soldiers testified that Hamoodi appeared to reach for his weapon and needed to be subdued.  Hamoodi was beaten by four soldiers from the 220th Field Artillery Battalion on the head and body.  West then fired his pistol near Hamoodi's head, after which Hamoodi provided West with names and information, which Hamoodi later described as "meaningless information induced by fear and pain."  At least one of these suspects was arrested as a result, but no plans for attacks or weapons were found.  West said "At the time I had to base my decision on the intelligence I received. It's possible that I was wrong about Mr. Hamoodi."

In hindsight, the Lt. Colonel's failure to acquire accurate intelligence was rather to be expected, since the only leverage West could apply was a four-man beating and a mock execution.  If he'd had a waterboard at his disposal, however, he likely would have gotten "meaningful information induced by fear and pain and drowning." It's the drowning -- the cherry, as it were, atop the sundae of coercion -- that really pulls it all together.


...[the congressman] told Fox News that he believes there is precedent for treating non-state, non-uniformed combatants differently than state actors in wartime.

"Precedent" is the new "Atrocity."

He told Fox News that while in the military he was investigated for an incident in which he fired a pistol over a detainee's head as a "psychological intimidation tactic."

Startling prisoners with loud noises is our first, best defense against asymmetric warfare, which is why the Army War College now requires a course in Sneaking Up Behind the Enemy with an Inflated Paper Bag.  West himself developed many of these tactics on the battlefield during the Iraq War, and in 2005 he was credited with saving an entire company of Army Rangers using nothing but a joy buzzer.


Businessman Herman Cain said during the debate that while he did not support the use of torture, he would allow military leaders to determine if waterboarding constituted torture.

"The Fantastic Mr. Fox has determined that in order to comply with Title VIII: The Fair Housing and Equality Opportunity Act, a certain percentage of units in this Hen-house must be set aside for coyotes, owls, raccoons, and other underprivileged tenants."

Anyway, just imagine if Herman Cain had been President while the Lt. Colonel was serving in Iraq.  Why, West might still be in the military today, pulling double duty at Guantanamo: War Criminal by day, Etymologist by night.

(h/t to our friend Actor212 at Simply Left Behind)

Email ThisBlogThis!Share to TwitterShare to FacebookShare to Pinterest
Labels: Fetch My Codpiece, Proud to be an American

Didn't the wingers also cite the show "24" to support the use of torture, err enhanced interrogation?
~

Roger Kimball (remember him) just adores West--which tells you all you need to know about the New Criterion.

Looks just like the kinda short-dick-syndrome dweeb who WOULD torture a guy whom he knew NOTHING ABOUT, just to appear "manly" and "tough" in front of his subservients.

I had no idea that Jaleel White had gone into the military so long ago...

Well, it's good to know that the president is at least treating that information supportively and generously. After all the trauma it's seen, it's the least we can do.

(I can NEVER fucking remembered, esp. when sleep-deprived, HOW to embed a link or activate a hyperlink to an outside source from the comment. Help, somebody? Please & thank you!)