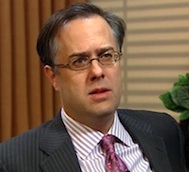 Washington Post Opinion columnist and former Bush speechwriter Michael Gerson is uniquely qualified to comment on the similarities between the Occupy Wall Street protests of 2011, and the anti-war demonstrations of the 1960s.  As most pediatric psychologists will tell you, the first five years of a child's life are the most formative, and Gerson was born in 1964, making him three years old in the Summer of Love, and five at the time of Woodstock and the Moratorium to End the War in Vietnam, getting in just under the formative wire.  As a result, when he looks back upon his most vivid and influential recollections, he finds that they are inextricably linked with a disastrous upending of social and cultural norms, a brazen challenge to political orthodoxy, and near constant bed-wetting.

But before we plunge into his Mix 'n' Match exercise, we should probably ask ourselves who this confused-looking fellow in the photo above really is?  According to Wikipedia, "He served as President George W. Bush's chief speechwriter from 2001 until June 2006, as a senior policy advisor from 2000 through June 2006" -- when all of the Bush Administration's most important policy fuck-ups were conceived and executed.

In the Feburary 7, 2005 issue of Time, "Gerson was named as one of 'The 25 Most Influential Evangelicals In America'" (he came in 9th, but there were accusations of illegal performance enhancement by his fellow snake-handlers, who claimed Gerson dosed himself before particularly important or ecstatic religious services with large intramuscular injections of rattlesnake anti-venom).  As for the highlights of his speechwriting career:


Gerson proposed the use of a "smoking gun/mushroom cloud" metaphor during a September 5, 2002 meeting of the White House Iraq Group, in an effort to sell the American public on the nuclear dangers posed by Saddam Hussein.

Gerson coined "the soft bigotry of low expectations" and "the armies of compassion." His noteworthy phrases for Bush are said to include "Axis of Evil", a phrase adapted from "axis of hatred", itself suggested by fellow speechwriter David Frum but deemed too mild.

According to Matthew Scully, who worked with him for five years, Gerson is a "self-publicizing" glory hog guilty of "foolish vanity", "sheer pettiness" and "credit hounding". In Scully's account, Gerson did not come up with the language that made him famous. "Few lines of note were written by Mike ... and none at all that come to mind from the post-9/11 addresses -- not even 'axis of evil'."

Small wonder the Washington Post snapped up Gerson to fill the Chair in Advanced Plagiarism Studies after Ben Domenech resigned his position to spend more time with other peoples' writing.

So let's enjoy his fresh take on the lèse-majesté of our latter day hippies:


As radicalism creeps in, credibility retreats from OWS

At what point does a protest movement become an excuse for camping?

And at what point does camping become an excuse for a protest movement?  When I was in Boy Scouts, that moment came when Mr. Fischer, the fill-in Scoutmaster dropped a lantern, setting one of our World War II-era Baker tents on fire, and burning up two rain ponchos and most of our toilet paper.


At what point is utopianism discredited by the seedy, dangerous, derelict fun fair it creates? 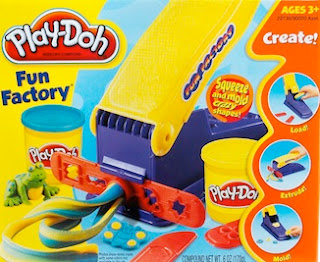 At what point is a pure Aryan society discredited by the race-mixing, mongrelizing action of the Play-Doh Fun Factory?


The emergence of Occupy Wall Street raised Democratic hopes for the emergence of a leftist equivalent to the Tea Party movement. The comparison is now laughable.


Set aside, for a moment, the reports of sexual assault in Zuccotti Park and the penchant for public urination.

"I say, Old Bean, I don't know about you, but I've been seized by a mad fancy for an al fresco whiz."


Tea Party activists may hate politicians, but they venerate American political institutions. Veneration does not always involve understanding. But the Tea Party’s goal is democratic influence.

Let's take a moment to applaud their efforts to gain influence over institutions they don't understand.  And to note the odd coincidence that "veneration" and "urination" rhyme.


On its tie-dyed surface, the OWS movement seems little more than a confused collection of grievances.

Why, when one of these greasy-haired, leather-clad, cycle-straddling delinquents was asked what he and his cohort were rebelling against, he responded inanely, "Whaddya got?"

But there is some ideological coherence within OWS. Its collectivist people’s councils seem to have two main inspirations: socialism (often Marxist socialism) and anarchism.  [...]  That is the opposite of participatory democracy — the use of power to intimidate a fellow citizen on a public street. It is the method of British soccer thugs.

In Oakland, protesters have been playing at the Paris Commune — constructing barricades, setting fires, throwing concrete blocks and explosives, declaring a general strike to stop the “flow of capital” at the port.

Not to mention deflecting tear gas canisters with their heads, which is more the method of British soccer players.


Here, OWS seems to be taking its cues from both “Rules for Radicals” and “A Clockwork Orange.”

While Michael seems to be taking his cues from the first scenes of Battleship Potemkin, and the last scene of Easy Rider.


Defenders of OWS dismiss this as the work of a few bad apples. But the transgressors would call themselves the vanguard.

Detractors of our corporate media would call Gerson a fawning, bum-sucking courtier to a Mammon-worshiping oligarchy.  But Michael would say, "I'm sorry, I can't talk with Charles' and David's Koch in my mouth.  But I will take bets on which one of them you think will win the sword fight."


Since the 1960s, some on the political left have sought liberal reform through the democratic process and nonviolent protest.

Prior to that, though, it was all tumbrels and guillotines.  As every schoolboy knows, President Benjamin Harrison signed the Sherman Anti-Trust in the blood of J.P. Morgan, using the tycoon's still spurting neck stump as an inkwell.


Others have sought to hasten the crisis and collapse of fundamentally illegitimate social and economic systems. Both groups can be found within OWS, but the latter is ascendant.

Still others, like Michael, have bravely defended a fundamentally illegitimate social and economic system, even going so far as to record YouTube videos assuring the bullied plutocrats that "It Gets Better."


City governments have also begun to look hapless for their accommodation of squalor, robberies, sexual attacks, drug use, vagrancy and vigilantism.

Although I hear Mega City-One is having a good deal of success with its new "Street Judge" program.


And what must Democratic leaders — who rushed to identify with a protean political force — now be thinking? OWS is not a seminar on income inequality — not the Center for American Progress on a camping trip. It is a leftist movement with a militant wing.

In other words, it's the worst nightmare of both Michael Gerson and Congressional Democrats: liberals who are actually pissed off enough to fight back.


Will Americans, looking for jobs, turn in hope to the vandalization of small businesses and the promise of a general strike? Will citizens, disappointed by a dysfunctional government, be impressed by the endless arguments of anarchist collectives? Will people, disgusted by partisanship and rhetorical rock-throwing, be attracted to actual rock throwing?

Will Brenda tell her fiance Jack that she actually married Stavros, the Greek shipping magnate while she was suffering from amnesia?  Will Joe and Betty be able to dig their way out of the collapsed mine shaft in time, or will Aunt Susan be forced to give birth in an old ore cart?  Will a lazy columnist padding out his 800 words resort to the kind of breathless, cliffhanger questions associated with the climax of a radio soap opera and the sting of a Hammond organ?


This seems to be the desperate political calculation of the Democratic Party. Good luck with that.

Thanks, Michael.  And best of luck with Herman Cain as your front runner (you were right -- that merger with the Tea Party by the Republican leadership in 2008 was a smart investment.  Will the OWS movement still be paying these kinds of dividends three years from now?  Good luck with that, indeed).
Posted by Scott at 2:45 AM

At what point does Michael Gerson become a tedious twat?

My urination
Is often cheered on by crowds
True veneration

There once was a prig, name o' Gerson
who, when seeing his influence worsen
stepped up his production, at will, of a singularly noxious swill,
in hopes of the hippies' dispersion.

Bravo, I loved the reference to snake-handlers [who should be mentioned any time the religious types assert their intellectual rigor]!

Shouldn't the Hitler Witchdoctor pictures be of Rush Limbaugh or Jamie Dimon ?

I b'lieve that's all I have to say.

Looking at Gerson's photo, I am reminded of a bit of dialog between George Sanders and Marilyn Monroe in "All About Eve" at Margo Channing's party, when GS is encouraging showgirl/aspiring thespienne MM ("a graduate of the Copacobana School of Dramatic Arts") to go and be nice to a Broadway producer.

Marilyn (sighs): Why do they always look like unhappy rabbits?

George: Because that's what they are, my dear.